Why macrolides should remain a last resort in respiratory patients 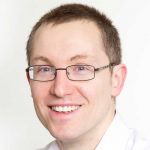 Macrolide antibiotics are an important growth area in prescribing for respiratory disease but should be kept as back-up therapy, delegates at the British Thoracic Society Summer Meeting have heard.

Ten years ago almost no respiratory patients would have been on long term macrolides, yet now they are very much part of the regular management of frequently exacerbating patients with COPD, bronchiectasis and cystic fibrosis, James Chalmers, Professor of Respiratory Research at the University of Dundee, said in his review of long term macrolide use.

He shared recent findings from the Australian AMAZES trial – which showed that using azithromycin as add-on therapy in people with uncontrolled asthma significantly reduced the number of exacerbations – and described how this has led to an extraordinary position where macrolides seem to cut exacerbation frequency across all the major airways diseases.

He added that AMAZES  – led by Professor Peter Gibson at the Hunter Medical Research Institute, NSW – has also challenged the perception of macrolides as an anti-neutrophil therapy that only work in one subgroup of patients, showing instead that azithromycin seemed to work in every subgroup of patients.

Speaking to the limbic Professor Chalmers said: “This is exciting because it means we’ve got a therapy that works in a lot of people but also there is a risk that will be interpreted as ‘lets treat everybody with macrolides’.”

He describes this as scary because potentially very large numbers of patients could be taking long-term macrolide therapy, with attendant risk of spreading antibiotic resistance.

Dark side of macrolides

Referring to antibiotic resistance as the ‘dark side of macrolides’, Professor Chalmers focused on this as a reason why respiratory physicians need to avoid seeing macrolides as first line therapy.

“Macrolides historically have been the thing you use when you run out of all other options and I think that’s more or less where they should remain because of the risk of antibiotic resistance,” he said.

In particular, he warned of the dangers of inducing resistance to macrolides in nontuberculous mycobacterial (NTM) disease.

“We’re seeing a big increase in the incidence of NTM in the UK, and those are organisms where macrolides are absolutely vital to treat them.

“NTM is common in COPD, bronchiectasis and CF so one of the big risks of using macrolides is that if you’re unaware the patient has an NTM and you give them macrolide by itself you’ll likely induce resistance to macrolides in the NTM.

“That makes it extremely difficult to treat when the patient then presents with their NTM,” he told the limbic.

“So at the very least physicians need to be more aware of NTM and need to be thinking about testing for it before they start using macrolides.”

Addressing some of the limitations of the data on long-term macrolide use in the major airways diseases, Professor Chalmers said a key unanswered question is what happens after the first year of treatment?

Do patients develop resistance and then start exacerbating again or do macrolides continue working for years?

Sharing his personal experience he said patients often come back after two or three years saying the drug has stopped working for them, and suggested that registries would be a good way to see what the long term efficacy and safety of macrolides is in real life.

Professor Chalmers summarised current recommendations on when to use macrolides in COPD, bronchiectasis and CF, noting that the AMAZES trial is likely to change asthma guidelines, which so far have not recommended macrolides.

He told the limbic he’s expecting the forthcoming BTS guideline on long-term macrolide use – due out for consultation in the next few months – to focus on the practicalities around macrolide therapy, such as what monitoring is needed, patient selection and how to avoid an epidemic of antibiotic resistance.