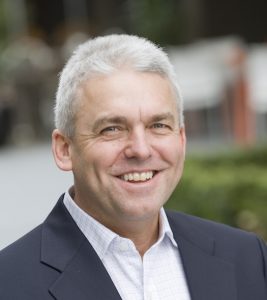 An international study including Australian patients has confirmed the long-term safety and efficacy of mepolizumab in patients with severe eosinophilic asthma.

In the COLUMBA study, an open label extension of patients previously enrolled in the DREAM study, 347 patients received 100mg subcutaneous mepolizumab every four weeks for an average of 3.5 years.

The humanised monoclonal antibody binds to the cytokine interleukin 5 and prevents it from binding to its receptors on eosinophils, to reduce eosinophil numbers.

The study found the exacerbation rates over three years on mepolizumab treatment was 0.74 events per year – a 56% reduction from the off treatment period between DREAM and COLUMBA.

Most patients (94%) reported at least one adverse event but only 28% were assessed as related to the treatment.

The most common adverse events were respiratory tract infections, headache, bronchitis and asthma worsening. The study found no evidence of immunogenicity with all samples negative for neutralising antibodies.

Co-author Professor Peter Gibson, from the NHMRC Centre of Excellence in Severe Asthma in Newcastle, told the limbic the reports of infection likely reflected the experience of frequent respiratory infections in people with severe asthma.

“It tells you that treatment is very specific for eosinophilic asthma and there are other components of asthma that are not treated by mepolizumab. However there is no reason to think that they are any worse in this population because of the treatment, it’s just the background of severe asthma.”

He said all of the treatments targeted against eosinophils were returning a similar effect size of about a 50% reduction in exacerbations.

“But because you drop it by 50%, that still means there’s another 50% left. So there is still a residual exacerbation rate that is not reduced by treatment, and again that means there are probably other disease components that are driving the disease.”

“One of the main things was to determine if efficacy was maintained because there are suggestions that treatment may be less effective over time so it’s important to know in this population if that is the case or not.”

“And it’s reassuring to know that the drug appears to continue to work. It is highly effective but it’s not the answer to everything and that’s what the residual exacerbation rate and the infection signal tell us.”

Six deaths were reported but also assessed as unrelated to the biologic.

“The value of this study is showing that the treatment effect is maintained and in other disease areas you do get toxicity so it was important to know if there was any significant toxicity over time and I think the results are reassuring in that way,” Professor Gibson said.

“We continue to be impressed that, in this group of patients with bad asthma and where we haven’t had many options, we are seeing some incredibly good results with this class of therapy.”