Ivacaftor ‘window of opportunity’ for CF treatment in children under two

Ivacaftor (Kalydeco) appears safe and effective in treating cystic fibrosis in children under two and its early use may help preserve pancreatic function, according to results from a phase 3 trial involving two Australian centres.

Currently listed on the PBS for CF treatment in children aged two to five, the results from the ARRIVAL trial suggest access to the $300,000 a year drug should be extended to younger age groups, according to researchers writing in the Lancet Respiratory Medicine.

The small two-stage trial investigated the safety and efficacy of ivacaftor in seven and 18 children respectively who were aged between 12 and 24 months of age when they started treatment. Children were enrolled if they had CF and a CF transmembrane conductance regulator (CFTR) gating mutation.

Following an initial stage in which seven children received doses of 50mg or 75mg ivacaftor orally every 12 hours, in the main part of the study 18 children were treated with ivacaftor for 24 weeks. The drug appeared to be well tolerated with cough as the main side effect seen in 74% of children, and none withdrawing due to adverse effects or safety concerns. Two children had more serious adverse events, including one with persistent cough and one with constipation and distal intestinal obstruction syndrome (DIOS).

Children treated with ivacaftor showed maintenance of normal growth and improvements in pancreatic function, as measured by increases in faecal elastase-1 concentrations and reductions in immunoreactive trypsinogen levels.

Liver function tests (aspartate aminotransferase, alanine aminotransferase, or both) were raised, with  five (28%) of 18 children having levels that were more than three times the upper limit of normal. Treatment was temporarily interrupted in two children and successfully resumed without recurrent elevations. 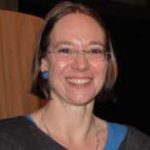 The study investigators in the Vertex-funded study  – including Professor Claire Wainwright, Head of Cystic Fibrosis Service at the Royal Children’s Hospital in Brisbane –  said the findings suggested that ivacaftor was safe in younger infants and could produce benefits in the underlying cause of CF similar to those seen in older age groups

They said there was a possible ‘window of opportunity’ in early infancy during which treatment with ivacaftor may help prevent complications of CF even before symptoms develop.

“All the findings together suggest that use of ivacaftor could be extended to younger age groups and might protect the pancreas and preserve its function when used early in children with cystic fibrosis and an ivacaftor-responsive CFTR mutation,” they wrote.

“The premise of neonatal screening for cystic fibrosis is to diagnose this disease before symptoms develop and to intervene before organ damage becomes irreversible. Ivacaftor, if started in infancy, might delay or minimise pancreatic and airway damage.”

However , evaluation of a larger number of children for longer periods of time would be neededto test this hypothesis further, they added.

A February 2018 PBS postmarket review of ivacaftor treatment for cystic fibrosis found that since 2014  fewer patients were treated than estimated, but the number of prescriptions per patient was higher than predicted.

“The reason for this is unclear, but may be due to better adherence than predicted or fewer instances of dose reduction, the Pharmaceutical Benefits Advisory Committee (PBAC) report noted.

“Since its PBS listing in December 2014, a total of 268 patients have been supplied ivacaftor for CF. This is less than predicted, which may be due to over-estimation the proportion of the CF population with a G551D mutation,” it noted.