The first study to characterise the pulmonary mycobiome in bronchiectasis has shown that it is distinct and that fungi, and specifically Aspergillus, appear to have a significant role in the disease.

Screening for Aspergillus-associated disease should be considered, even in apparently stable patients, say the international research team, which included consultant respiratory physician Professor James Chalmers from the University of Dundee. 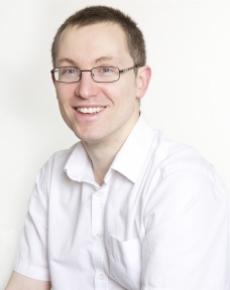 The CAMEB study – a cross-sectional Cohort of Asian and Matched European Bronchiectasis patients – determined the mycobiome in 238 patients with non-cystic fibrosis bronchiectasis, assessing its clinical relevance in two geographically distinct cohorts that included four Asian sites across Singapore and Kuala Lumpur and a single European site in Dundee.

Results published this month in European Respiratory Journal revealed the presence of distinct fungal genera including Aspergillus, Cryptococcus and Clavispora.

Aspergillus was identified as the main player in terms of pathogenic fungi, while higher levels of fungal load and also sensitisation to fungi were associated with exacerbations, suggesting that fungi may be contributing to patient morbidity, Professor Chalmers told the limbic.

“This is the first study to look comprehensively at the mycobiome – it adds to a body of literature that suggests it is not only bacteria that are driving disease in bronchiectasis and that we need to look more broadly.”

In the study high proportions of patients from all sites had detectable A. fumigatus and A. terreus.

Interestingly, there were key differences between the cohorts, with A. fumigatus more common in the Asian cohort while A. terreus dominated in the European.

“Even in patients with both species, geographic origin dictated which proportionally dominated,” the researchers wrote.

Professor Chalmers says they don’t know the reason for this but it is fascinating as both fungi were important in both geographical regions.

“To me it suggests that we have underestimated the burden of both of these fungi to date,” he said.

The presence of A. terreus was associated with increased exacerbations. There were significantly more exacerbations in patients with A. terreus alone or where both species were present compared to those without any fungi or A. fumigatus alone.

Professor Chalmers said the finding that A. terreus was almost as prevalent and as important as A. fumigatus in this cohort was fascinating.

“We routinely test for A. fumigatus but not A. terreus. Many patients had sensitisation against A. terreus suggesting it may be a player in bronchiectasis pathophysiology, but this requires further studies,” he said.

In both cohorts there were high frequencies of clinically significant Aspergillus-associated disease including sensitisation and allergic bronchopulmonary aspergillosis (ABPA), even in ‘stable’ patients. Each had distinct mycobiome profiles and associated with more severe disease, poorer pulmonary function and increased exacerbations.

“Some patients who seemed to be ‘well’ had sensitisation to fungi, meaning their bodies were mounting an immune response against it, and these patients subsequently had more exacerbations,” Professor Chalmers explained.

“Our concern is that at the moment testing for ABPA/sensitisation to fungi is recommended by guidelines at diagnosis but there is no suggestion in guidelines about when to do it during follow-up.

“Our results suggest it would be worth checking for this in patients during follow-up and particularly if they develop frequent exacerbations, as otherwise a ‘treatable trait’ of bronchiectasis may be missed.”

The researchers suggest routine screening for Aspergillus-associated diseases should be considered for inclusion in future bronchiectasis guidelines.

Professor Chalmers hopes the study will raise awareness among physicians of fungal allergy and fungi infection as a potential ‘treatable trait’ in their bronchiectasis patients.

“We have started looking for A. terreus sensitisation in our practice in view of the findings in addition to A. fumigatus.