EBUS safe in kids but bronchoscopists need to know more 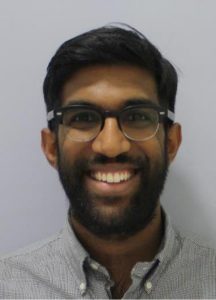 Linear and radial endobronchial ultrasound (EBUS) procedures are safe and feasible in children however to date only linear EBUS has demonstrated clinical utility, Australian bronchoscopists say.

A retrospective study of 10 children from the Royal Children’s Hospital in Melbourne and Thoraxklinik in Germany, found no complications occurred with either procedure.

In all six children who underwent real-time linear EBUS-guided transbronchial needle aspiration (TBNA) of lymph nodes, sampling led to a diagnosis without the need for further specimens.

The diagnoses were sarcoidosis, two lymphomas, TB and two cases of metastatic osteosarcoma

However in the four children who underwent radial EBUS, two of which were for transbronchial biopsies, none were diagnostic.

A second case of TB was diagnosed using bronchial brushing specimens taken during the time of the EBUS procedure but EBUS was not considered diagnostic.

In another child, radial EBUS was used to plan resection of a sarcoma rather than for diagnosis.

“Our experience illustrates the types of cases that may allow patients to avoid more invasive and risky surgical procedures,” the study said.

The researchers said it was the first reported case series of radial EBUS in children.

“In children it hasn’t worked well and I think we probably need to keep thinking about whether it has a role and where its best use is.”

The issues include the size of lesions in children, getting to them with the current technology and the nature of the pathology in children.

“A couple of the children we biopsied with that technique had a particular pathology [inflammatory pseudotumour] where you need large volume samples to diagnose. It’s a pathology that essentially only happens in children and to confidently diagnose it you need to have a large specimen. It’s actually a benign condition which will get better with time but the differential diagnoses are really nasty.”

Dr Shanthikumar said while there were smaller scopes coming out which might technically improve radial EBUS, the different pathology was always going to an issue.

“You could say if the biopsy rules out all the nasty things, we can safely assume it is a pseudotumour which will go away with time, and then we leave it alone. But we are nowhere near being confident enough to say that at the moment. We need a lot more evidence.”

“The only way we are going to get there is if people judiciously do more of these procedures in collaboration with adult services and we capture the data to move forward.”

He said EBUS procedures were commonplace in adult medicine and there was randomised controlled level evidence, which was unlikely to be generated in children.

An international registry of EBUS procedures in children would therefore be helpful.

He added that it was impossible for paediatric service to develop competency in the procedures given the small numbers of cases.

“The way forward is that the procedures will always be done by adult bronchoscopists. In an ideal world, every tertiary paediatric hospital would partner with an adult hospital to determine whether EBUS is suitable or not and they [the adult bronchosopist] would do the procedure.”

Whether the patient required a paediatric anaesthetist was often the determining factor for which hospital the procedure was conducted in.