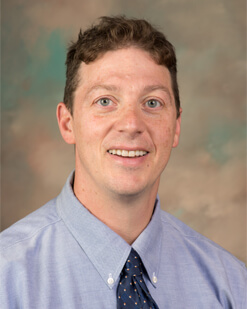 An open-label extension trial of dupilumab for up to three years in adults and adolescents with moderate-to-severe asthma has confirmed the safety and efficacy profile observed in shorter duration phase 2 and 3 studies.

Participants included patients who were dependent or non-dependent on oral corticosteroids.

“The dupilumab safety profile of the open label extension was consistent with that in the previously published, short duration parent studies and no new safety signals were identified,” he said.

Rates of treatment-emergent adverse events in the extension trial ranged from 76-88% with nasopharyngitis and injection-site erythema being the most common. Between 9 and 13% of patients experienced serious adverse events.

Professor Wechsler, director of the National Jewish Cohen Family Asthma Institute in the US, told the Congress the low annualised exacerbation rates observed in the parent studies were also sustained in the open label extension.

“During the open label extension, unadjusted AER ranged from 0.31-0.35 in the non-OCD dependent population.”

“In conclusion, long-term treatment with dupilumab was generally well tolerated. Patients exposed to dupilumab for up to 96 weeks demonstrated maintenance of the clinical efficacy that was observed in the parents studies including a persistently low exacerbation rate and sustained improvements in lung function.”

Meanwhile in Australia, dupilumab (Dupixent), 200 mg in 1.14 mL and 300 mg in 2 mL single dose pre-filled syringes, will be considered for PBS listing for the treatment of severe uncontrolled asthma at the November meeting of the PBAC.