COVID’s impact on TB: increased incidence and mortality for the first time in decades 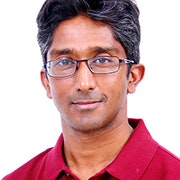 Short-term disruption to tuberculosis (TB) services, such as that caused by the COVID-19 pandemic, could have far-reaching, long-term consequences on the disease’s global incidence and mortality, according to international experts.

The impact of disruption to TB services from the pandemic and lockdowns is likely to significantly elevate both incidence and mortality over what would likely have happened under normal circumstances for several years to come, according to mathematical modelling projections presented at the British Thoracic Society’s Winter Meeting, 2021.

Professor Nim Arinaminpathy, Prof. of Mathematical Epidemiology at Imperial College London said a sensitivity analysis revealed that the most important factors affecting TB incidence and mortality were those that happened before treatment initiation – so essentially those delaying TB detection and the start of care.

“Disruption to treatment continuity, for example, didn’t seem to matter as much,” he told the meeting.

Evidence from during the pandemic now shows that there was a significant drop in TB case reporting across the globe, even in the UK, and an increase in TB mortality for the first time in decades, mainly as a result of the disruptions to routine service provision and a reduction in resources.

According to the World Health Organisation’s recently-released 2021 Global Tuberculosis Report, in 2020 there were around 1.3 million TB deaths among HIV-negative people and 214,000 TB deaths in those with HIV, a rise on figures of 1.2 million and 209,000, respectively, for 2019.

The report also shows a 1.3 million drop in the number of reported new TB cases to 5.8 million, which experts view as a significant step back in the fight against the disease. WHO has estimated that 4.1 million people currently suffer from TB but are undiagnosed or have not officially reported to national authorities, which is also significantly up from 2.9 million in 2019.

Prof Arinaminpathy and colleagues are now exploring whether “intensive catch-up efforts” immediately post lockdown might help to mitigate the impact of COVID disruption. This involves “short, sharp time-limited measures for one month” to help accelerate the detection of undiagnosed cases and reduce the pool of untreated TB.

Such case-finding efforts might be an important strategy in trying to minimise future disruptions, he noted.