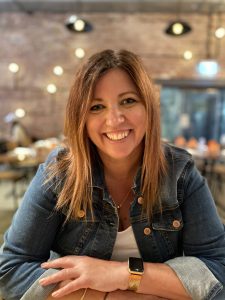 Clinical practice mostly reflects guidelines for the management of acute exacerbations of COPD (AECOPD) however there is room to improve in areas such as referral to pulmonary rehab, a study shows.

An audit of practice at five tertiary hospitals covering 207 admissions representing 171 patients between 2012 and 2013 found most patients were receiving evidence-based care.

Practice followed recommendations for most investigations and treatment such as arterial blood gases when FEV1 was <1.0L (81.1%), chest X-ray (99.5%) and prescription of systemic corticosteroids (95%) or oxygen therapy (89.1%).

Notable exceptions however were low adherence to the recommended use of spirometry (22.7%) and referral to pulmonary rehabilitation (32.4%).

Senior investigator Professor Vanessa McDonald, from the Priority Research Centre for Healthy Lungs at the Hunter Medical Research Institute, told the limbic it was also unlikely that much had changed in the uptake of guideline recommendations since the data was collected.

“This problem about having guideline recommendations there but actually getting them implemented into practice is an important question in so many different areas of clinical practice.”

She said the issue went beyond individual clinicians making sure they followed evidence based recommendations.

“And maybe we need to get more current in terms of our approaches to implementation. How can we develop clinical practice aids that make it easier to have the evidence at our fingertips so it is implemented in a more consistent way?”

She said at the time of the study it was recommended that spirometry should be performed in even the sickest patients, unless confused or comatose.

“That recommendation has been dampened down in the guidelines over the years but I think what is really interesting from looking at the spirometry data is that those who didn’t perform spirometry have got a much higher risk of readmission than those that did perform spirometry.”

The study found patients who did not perform spirometry as part of their admission were 3.6 times more likely to be readmitted within 28 days than those who did have spirometry.

“I don’t know why that is to be honest. Whether their management is implemented differently knowing the level of spirometry… may be something that is relevant. It is possible that those who didn’t have it done were far worse from a health status point of view than those who did.”

She said the lack of referral to pulmonary rehabilitation might be related to capacity issues within programs.

“Capacity within pulmonary rehabilitation is still not great despite the efficacy of the intervention,” she said.

“That’s why other models such as home-based pulmonary rehabilitation are really promising.

She added that creating a MBS item number for pulmonary rehabilitation – something that has been on the national agenda for over five years – would also improve capacity.

“There is also a behavioural aspect in pulmonary rehabilitation. You can refer but maybe clinicians have a sense that this person doesn’t want to go or would be too sick to go and potentially don’t refer based on their perception of the patient’s adherence.”

She said another interesting finding was that antibiotics were frequently prescribed for patients either with or without purulent sputum.

The findings are published in ERJ Open Research.