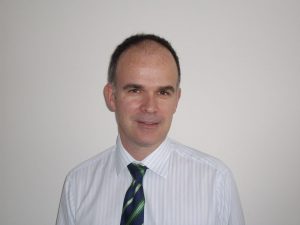 The systematic review of the limited evidence – just four studies – found the immunosuppressant was associated with a modest but significant benefit in forced vital capacity (FVC) compared to placebo but no difference in post treatment diffusing capacity of the lung for carbon monoxide (DLCO).

When compared to mycophenolate, there was no difference between the treatments in terms of the impact on lung function.

Cyclophosphamide was also associated with adverse effects including haematuria, leukopenia and nausea leading to a high rate of withdrawal from treatment.

Co-author Associate Professor Ian Glaspole, from the Department of Allergy, Immunology and Respiratory Medicine at The Alfred Hospital, told the limbic there were very few trials on which to base decision-making regarding treatment of all interstitial lung diseases including CTD-ILD.

None of the trials included in the Cochrane Review included six-minute walk test or other measures of exercise capacity and few studies reported symptoms or health related quality of life.

One trial found an improvement in breathlessness with cyclophosphamide compared to placebo.

“Traditionally for CTD-ILD, the choice of therapies have been azathioprine and cyclophosphamide but those agents are associated with significant toxicity so we’ve been keen to find an agent that is better tolerated,” Associate Professor Glaspole said.

He said the Scleroderma Lung Study ll was a welcome addition to the available literature – demonstrating that mycophenolate had non-inferior efficacy in treating scleroderma associated ILD but with reduced gastrointestinal toxicities.

“So in recent years, there has been an increasing useage of mycophenolate,” he said.

“There are many unanswered questions in CT-ILD and so at the moment there are studies going on re: the use of anti-fibrotics in combination with immunosuppressants or alone in these types of diseases. And it will be really important to see what signal those studies show.”

Given most of the patients in the trials had been diagnosed with systemic sclerosis, the review also questioned the applicability of the findings to CTD-ILD from other causes.

They also highlighted the need for longer-term outcome studies.