The 13th Australasian Cystic Fibrosis Conference was held last week in Perth.  Conference chair Dr André Schultz, from the Perth Children’s Hospital, spoke to the limbic about some of the themes and highlights. 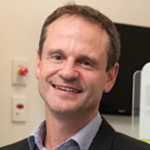 “That’s partnerships between clinicians and their families, which is exceptionally strong in CF because we typically get to know the families when the infants are diagnosed at a few weeks of age and then see them every three months at least, but often more, until they eventually transition to adult care.”

“And there are also the allied health, nursing, social work, psychology and medical partnerships that happen in the multidisciplinary CF world. Those are strong, healthy and well developed in CF care.”

“Other strong partnerships include those between NGOs such as CF Australia and families, doctors and scientists”.

Debbie Benitez, a nurse practitioner in CF from the Keck Medical Center of University of Southern California, gave a plenary how the relationships and partnerships between clinicians and families can be enhanced to improve care.

Some of her tips included more engagement with consumers, patients and their families, in particular by creating platforms for systems to automatically incorporate their voices within a clinical framework.

“And also, in CF more than many other conditions, I think there are strong partnerships between clinicians and researchers and often both cross over,” Dr Schultz said.

Professor Alan Smyth, from the UK’s University of Nottingham, gave a plenary on consumer engagement to improve the research process.

“He spoke about the James Lind Alliance and how they worked with consumers to rank what was important to them in terms of research priorities and how they use that to focus their research.”

Associate Professor Beth Smith, a child and adolescent psychiatrist from the University of Buffalo, gave plenaries in both the lay and medical programs at the conference.

“I think the American phrase is “There is no health without mental health”. CF is a chronic disease and people have it all their lives. It is a complex disease, it’s a severe disease and it has a tremendous treatment burden and the disease together with the treatment burden brings with it mental health implications for the patients but also the siblings, the parents and the wider family,” Dr Schultz said.

“It’s essential for patients and families to stay mentally strong and healthy as it’s very hard to adhere to treatment regimens which are complex and time consuming if there are mental health issues. So mental health and respiratory outcomes are interlinked. If you want to address the one, you have to address the other.”

He said mental health screening for anxiety and depression should be a part of standard practice.

However there is a challenge for paediatric services in that patients and their families actually form a unit.

“What we should be doing is screening the parents for anxiety and depression as well but if we do screen them, there are not necessarily appropriate services to help them. We can’t give it from a paediatric service perspective because funding for paediatric services does not normally include the parents, which perhaps it should.”

Dr Schultz said there was instead a shift towards building workforce capacity in the community so families could be referred to appropriately skilled psychologists for example.

He said families have informed clinicians of the importance for health service providers in the community to understand CF if they are to provide optimal care.

“And the big buzz of course is the disease modulators. There are many of these in the pipeline and already a few are available for people with specific types of mutations. They work very well, change disease trajectories and will probably add years to the lives of people with CF. The goal is to get those rolled out to everyone with CF.”

Dr Schultz said the FDA has approved therapies that would cover about 90% of people with CF.

“Those therapies have been approved by the TGA but all are not yet on the PBS.”

“On top of that there are many new generations of these drugs in advanced stages of the drug development pipeline. And there are the anti-inflammatories being developed. Inflammation plays an important role in disease progression and reducing such inflammation is important. There are also muco-active agents that change the physical properties of the mucous layer that lines the airways and new ones are undergoing clinical trials.”

The final symposium of the conference featured Professor Stuart Elborn, “one of the most respected CF experts in Europe”.

“He made the case that only a very small proportion of the CF data being generated is being used. He said one of the next frontiers is to properly use the big data that is generated by research trials and health information systems to inform practice.”

“There is more data out there to be mined in drug company databases, the electronic medical record, and CF registries.”

The platform trial already has MRFF support and ethics approval to start data capture. It hopes to start randomising participants by the end of next year.”