Sublingual immunotherapy has been proposed as the mainstay of protection against future epidemics of thunderstorm asthma based on findings from a small Victorian study.

The pollen-sensitised patients would have been expected to have shown adverse respiratory responses  to the high pollen levels that triggered sudden and severe asthma symptoms in many people and led to 10 deaths, according to Professor Robyn O’Hehir and colleagues at the university’s Department of Allergy, Immunology and Respiratory Medicine.

However the patients showed no signs of asthma exacerbation after undergoing pre-seasonal treatment with a sublingual immunotherapy tablet, Oralair, in the three years preceding the thunderstorm asthma event, according to their report in the American Journal of Respiratory and Critical Care Medicine.

The treated patients’ lack of respiratory symptoms were in contrast to a control group of seventeen patients with  allergic rhinitis, among whom seven of 17 (41%) experienced an asthma exacerbation during the thunderstorm asthma event. 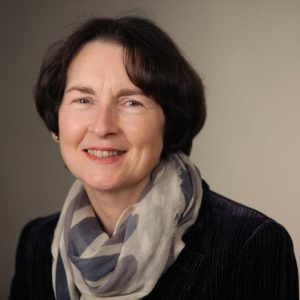 The immunotherapy patients had taken a four month course of sublingual tablets – which cover five grass pollen allergens – from June to September in 2014 to 2016. They had a marked improvement in rhinitis symptoms within one year and this was sustained over the treatment course, with visual analogue scores declining from an average of 78 to 34. The control group of patients  – who had seasonal allergic rhinitis patients managed by usual drug therapy – showed no improvement in symptoms.

They conclude that despite the small number of patients involved, their study has shown that sublingual immunotherapy tablets protected patients from the thunderstorm asthma event.

They also note that current policy on preventing a repeat of the thunderstorm asthma event includes a focus on optimising asthma control, even though most of the affected patients in 2016 had no prior known asthma.

A focus on identifying patients with seasonal allergic rhinitis and offering sublingual immunotherapy for grass pollen desensitisation may be a better policy, they propose.

The trial was supported by funding from Num Pon Soon Charitable Trust.