A ‘real world ‘ review of trastuzumab use during the Herceptin Program has shown duration of treatment increased between 2001 and 2015.

About 28% of almost 6,000 patients in the program received trastuzumab continuously for over two years; 62 patients (1%) received over ten years of continuous therapy.

“These long durations on treatment would not have been anticipated when the government first subsidised trastuzumab based on the pivotal trial outcomes,” the report said.

They suggested clinicians may have continued patients on trastuzumab beyond progression while changing the partner cancer therapy.

Median overall survival also increased steadily across the study period. Based on their findings, they said about 50% of patients with HER2 positive metastatic breast cancer live at least three years and 25% at least seven years from first dose of trastuzumab.

“The fact that survival has increased over time could be due to the availability of new, more active subsequent therapies such as lapatinib and T-DM1. Better quality imaging allowing earlier detection of metastatic disease over the period may have also contributed to longer survival times.”

“These survival times are likely to be even longer for patients diagnosed and starting treatment today, given the new standard first-line theory for HER2+MBC is trastuzumab, pertuzumab and chemotherapy, and following progression, many patients will receive second-line trastuzumab emtansine (T-DM1).” 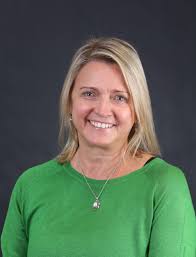 Researcher Professor Sallie Pearson, from the Centre for Big Data Research in Health at UNSW, told the limbic the findings were a useful complement to clinical trial data.

“The strength of this study was we had more than a decade’s worth of data and learnings from that. I call it ‘wide but not deep’ data. It gives us some high level indications about patterns of practice and use but certainly it falls short in terms of our capacity to really pinpoint whether a particular patient is receiving appropriate or inappropriate care.”

She said the survival gains that occurred in the cohort may well be replicated in patients now also treated with pertuzumab and T-DM1.

“We certainly saw with the Herceptin story that basically the [survival] estimate in the trials was what we saw in the real world. And we would anticipate that will be the case with pertuzumab as well.”

Meanwhile the PBAC’s Drug Utilisation Sub-Committee (DUSC) has recently recommended a further review of trastumzumab, pertuzumab and T-DM1 use.

Despite being partnered in first-line treatment, trastuzumab use was higher than pertuzumab. And fewer patients were using T-DM1 than predicted.

“DUSC considered that as the pertuzumab and T-DM1 utilization data is still immature, time on treatment cannot yet be reliably determined.”