The chief medical officer of the American Cancer Society, Dr Otis W. Brawley has resigned over concerns about the organisation accepting funding from herbal supplement marketers, the US media reports.

According to the New York Times, Dr Brawley, resigned from the ACS after 11 years because he was unhappy with the Society’s partnerships with commercial sponsors such as Herbalife International.

The supplement marketing company is reported to have donated $250,000 to the ACS, which started selling pink water bottles co-branded with both the American Cancer Society and the Herbalife logos.

It has a controversial history, having been accused of being a pyramid scheme and selling products with ingredients that cause liver toxicity.

The Times says the Herbalife Facebook page displays both the American Cancer Society logo and the phrase, “Working Together to Make the World Healthier and Happier and Free from Breast Cancer.” 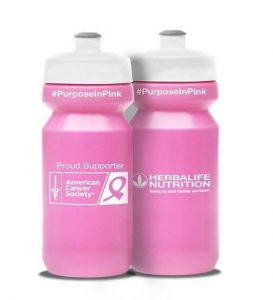 Dr Brawley, who is professor of hematology, oncology, medicine, and epidemiology at Emory University, in Atlanta, Georgia, has not commented publicly on his resignation.

However, sources close to Dr Brawley are quoted in the NYT as saying that  he had become “uncomfortable with the society’s growing reliance on donations from businesses with questionable health credentials that he and others suspect are seeking to burnish their images.”

The ACS is one of the leading professional and patient advocacy groups for cancer in the US, and publishes the journals Cancer, CA: A Cancer Journal for Clinicians and Cancer Cytopathology.

However like many non-profit organisation it is struggling to raise revenue, with fundraising income declining from US$1 billion in 2007 to $736 million in 2017, according to the NYT.

Dr Brawley’s move was praised by several other cancer advocacy groups on social media, who said the ACS would miss his expertise and experience.