Too early to embrace NOACs for all patients with cancer 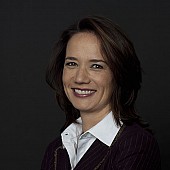 Speaking at the Blood 2018 haematology conference in Brisbane on 24 October, Professor Saskia Middledorp, co-chair of vascular medicine at the Academic Medical Centre in The Netherlands, called for some caution in moving too early.

She said that the Hokusai VTE Cancer study found the rate of recurrent venous thromboembolism (VTE) was lower with edoxaban than dalteparin. Similarly the SELECT-D study found a reduction in recurrent VTE risk in favour of rivaroxaban over dalteparin.

However the NOACs came with the downside of more bleeding.

“The main point is that we now have two trials on factor Xa inhibitors in the setting of patients with cancer and acute clot and those trials have been extremely important. They show that, in those studies, the [NOAC] is more efficacious but leads to more bleeding particularly in patients with gastrointestinal cancers of the stomach or oesophagus.”

“So that is offsetting each other and I am making the point that it is probably a little bit too early to embrace the [NOACs] for all patients with cancer because there are limitations in the type of patients that were included in the trials.”

Professor Middledorp encouraged delegates to refer to the 2018 ISTH guidance on the role of NOACs in cancer-associated VTE which emphasise the role of patient preferences in choosing which type of anticoagulants to use.

“The key at the moment is still shared decision-making and patient preferences. So it’s not as if it’s a done deal.”

She said there was a sense that clinicians were extrapolating the trial evidence into their clinical practice when there were caveats in those studies.

Professor Middledorp said edoxaban and rivaroxaban were reasonable alternatives to dalteparin in haematological cancers – noting that 80-90% of those cancers were myeloma.

She said the Caravaggio study of apixaban versus dalteparin in cancer-associated VTE is underway and will hopefully deliver results in about 18 months.

Professor Middledorp also noted that despite the symptom burden of VTE, patient preferences were not predictable. Some patients had a greater fear of dying of blood clots than from their cancer while others preferred to have the cancer cured above all else including concerns about NOAC efficacy or the risk of bleeding.