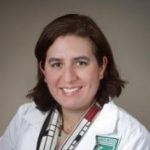 With early results showing promising efficacy in patients with advanced refractory melanoma, adoptive cell therapy (ACT) using tumour infiltrating lymphocytes (TIL) proved to be one of the main talking points of ASCO 2019.

In a session entitled “Beyond Checkpoint Blockade” Dr Stephanie Goff of the  NIH-National Cancer Institute-Center for cancer Research explained that the ACT process involves extraction and expansion of TIL harvested from a patient’s excised tumour. A tumour specimen is fragmented and cultured in media that promotes TIL to leave the tumour. Selected TIL are then expanded in vitro via IL-2 and OKT-3 to create exponentially larger numbers of TIL that can be cryopreserved and used as autologous infusion in patients post-lymphodepletion.

She presented examples of cases in which TIL had been successfully used to treat several types of checkpoint-refractory tumours including metastatic gastrointestinal cancers, breast cancer and parenchymal brain disease.

“What we feel this tells us is that TIL are capable of eliminating the last cancer cells,” she said.

But when it came to identifying the target of the TILs, research showed a complex combination of known shared antigens and a more nebulous group of unknown autologous reactivities, said Dr Goff.

More recently the ability to conduct whole exome sequencing rapidly had shown that TIL harvested from melanoma patients were targeting  a wide range of novel mutations, unique to particular patients. Using a Tandem Mini Gene tumour mutation “avatar” technique in patients with non-melanoma cancer also showed that TIL were targeting a smaller number of ‘neoantigens’

“So we now know we can look across the spectrum from those tumours that are highly mutated such as melanoma down to those with such as cholangiocarcinoma that only have a handful of mutation,” said Dr Goff.

Using the TMG technique allows the researchers to elect which TIL to select and infuse back to the patient, she said

ASCO 2019 also results presented from a phase 2 trial of  a commercial TIL therapy – lifileucel – for patients with relapsed metastatic melanoma that had previously been treated with anti-PD-1 and BRAF/MEK inhibitor therapy.

The researchers from the Moffitt Cancer Center in Tampa, Florida, trialling the autologous product being developed by Iovance said it was notable that patients with PD-L1 negative status  were among the responders.

Based on these promising results a larger study is now underway to support product registration, the study investigators said.