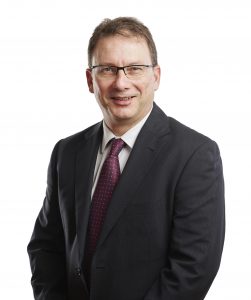 Clinical trials have come a long way since James Lind reportedly allocated sailors to different treatments for scurvy back in May 1747, yet many patients today would wish for treatments as simple and effective as oranges and lemons.

International Clinical Trials Day (May 20) is a global initiative that recognises the important contribution of clinicians, researchers and trial participants to creating the evidence base for health advances.

The limbic spoke to Associate Professor Nicholas Wilcken, representing Breast Cancer Trials, for an update on the current activity and challenges in breast cancer research.

Associate Professor Wilcken said clinical trials have established many of the standard therapies including adjuvant chemotherapy and hormone therapy, which contributed to the high survival rates in breast cancer.

Clinical trials also proved that many women didn’t need a mastectomy and instead could have a wide local excision plus radiotherapy.

“We’ve gained a lot so far with mortality rates falling very substantially and what we are working on now is trying to do some de-escalation and also exploring some exciting new drugs.”

“For example, can we more rigorously define the people who are really going to have a very low risk of recurrence and therefore might avoid radiotherapy?”

He said the PROSPECT study, using MRI to assess risk of breast cancer recurrence, had just enrolled its last patient.

“We obviously don’t have all the results yet, but there is a possibility that we might reduce the need for some treatment.”

Similarly, the EXPERT trial, which Breast Cancer Trials initiated and has exported to the world, will use gene expression array to risk stratify early breast cancer patients and then allocate them after surgery to endocrine therapy with or without radiotherapy.

He admitted the concept of de-escalation does not sit easily with everyone despite the opportunity to reduce patient inconvenience, side effects and costs.

“They are hard studies to do. There will be plenty of women who say ‘give me all you’ve got’ so it does require a careful discussion, and it is tricky because you’ve got data to show this is effective but it’s also pretty toxic. So can we get by with less?”

“At first, immunotherapy doesn’t look to work very well in breast cancer – certainly not like in melanoma where it has been completely transforming.”

“But there is a lot of work suggesting that in triple negative disease and in HER2+ disease, the immune system seems to be more important than in ER+ disease.”

The DIAmOND trial of women with metastatic HER2+ disease is testing whether adding in two different immunomodulating drugs –  CTLA-4 and PD-L1 inhibitors – to trastuzumab therapy can improve responses.

“If that turns out to be positive, that will be a genuine game-changer I think,” he said.

“If they have achieved a complete response and the prognosis is very good then there is the opportunity of not giving them any more chemotherapy and therefore avoiding three months exposure to chemotherapy which has the potential to cause some heart problems.”

Associate Professor Wilcken said there were ongoing challenges with conducting clinical trials in 2019.

“While it is obviously important to have careful, robust regulations around how you do trials to guard against any mistakes or fraud – and those things have happened in the past – the level of regulation now is a massive disincentive to do any research. I don’t know what the answer is going to be, but that is a big problem.”

And there is also a push back from public hospitals to charge for investigations related to patients participating in clinical trials, he noted.

“The result is that if you are doing an academic study without major backing from a pharmaceutical company and you are one of the very few groups that actually have a successful grant application, the grant actually never really covers the full cost of doing the trial and so that makes life difficult.”

He said the Breast Cancer Trials group was more fortunate than some in having a long history of successful fundraising, which directed money back into research.