Smoking status does not reduce immunotherapy efficacy in lung cancer 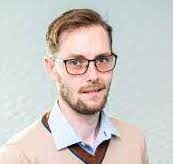 Australian research has found that contrary to some previous reports, a history of smoking does not reduce the efficacy of immune checkpoint inhibitors in people with lung cancer.

Some study-level meta-analyses have suggested that never smokers with non-small cell lung cancer (NSCLC) may obtain less effect from ICIs than previous or current smokers, a finding attributed to cigarette smoking being associated with increased tumour mutation burden (TMB).

But now a new analysis by Dr Ash Hopkins of Flinders Univeristy has gone further by extending the interpretation to include individual patient data from five RCTs involving 2723 people with NSCLC treated with atezolizumab, of whom one third were current smokers.

The study showed that smoking status was associated with a better progression free survival (PFS) with atezolizumab treatment compared to not smoking, but overall survival (OS)was worse among smokers compared to non-smokers.

A similar pattern was seen in an analysis of outcomes in patients with advanced NSLC treated with atezolizumab, in whom the PFS benefit was reduced in never smokers compared to current or former smokers, and yet the OS benefit was not changed by smoking status.

Writing in the European Journal of Cancer, Dr Hopkins concluded that in conytrast to previous meta-analyses, IPD meta-analysis showed a clear negative OS prognostic association for previous and current smokers in advanced NSCLC treated with atezolizumab.

“Thus, while PFS may be shorter in never smokers (due to lower TMB), ultimately, it is favourable to be a never smoker as OS was improved,” he wrote.

“Future research should quantify if transitioning from current to previous smoker status can improve outcomes,” he suggested.