Proteomics: the next step in bowel cancer control

What genomics has done to advance a personalised medicine approach to bowel cancer is just the beginning; wait till we see what proteomics can do.

This is the vision and message from Professor Mark Molloy, the inaugural Lawrence Penn Chair in Bowel Cancer Research at the University of Sydney. 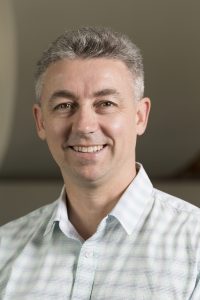 Professor Molloy told the limbic we are ‘on the cusp of a revolution’ in the use of molecular analysis techniques including genomics, proteomics and metabolomics to interface with more classical histopathological information to guide treatment pathways.

Proteomics just had a bit of catching up to do but would prove its worth.

“It only takes a mutation in one gene to cause a protein with a misfolded shape and lead to change in its function, so to get a holistic view of what’s happening, you can’t rely just on a genetic landscape map. A proteome map would be very desirable.”

He said that proteins were challenging because their structure and activity were modified through events such as phosphorylation and glycosylation.

“These are things you can’t see at the genetic level so it [the genome] is incomplete information.”

He said the science of proteomics was also technically challenging.

“So the level of sensitivity we have is improving yearly but with genetic based methodologies you can detect every gene and every transcript and in the proteomic world we are still limited to maybe the most abundant three-fifths of the proteome.”

Professor Molloy said his initial focus would include finding a signature for lymph node metastases in early stage cancers.

“There is a big opportunity there to make an informed addition to how clinicians chose what pathway of management to go down.”

However there were no clinically accepted tests based on a discovery from proteomics yet.

“What we do know is that most of the pathology tests that are done today are either to detect proteins such as prostate specific antigen (PSA) or carcinoembryonic antigen (CEA), or their metabolites. So they are strong molecules to be looking at.”

He said he was also interested in the role of the gut microbiota in bowel cancer.

“We can use mass spectrometry to look at some of the metabolites that are produced by these bacteria as potential prognostic markers. It’s early days and wide open for exploitation.”

He also has an interest in using mass spectrometry to look at the pharmacokinetic profiles of dr`ug levels in patients.

“Can we work towards more personalisation of drug concentrations to really make sure we are in that narrow therapeutic window where we don’t overdose people and get toxicity or underdose them and miss the target?”

He said some of his recent work on abiraterone in castration-resistant prostate cancer patients had shown about a 10-fold difference in the levels of the drug at a steady state after one month of dosing.

“We haven’t yet got the outcome data to say if that correlates with toxicity or poor response. But that’s a pretty big range of drug levels and a margin for error.”

Professor Molloy, now based at the Kolling Institute on the Royal North Shore Hospital campus, said the new position was an opportunity to focus his expertise that has been broadly applied across other cancers and diseases.

His cancer credentials include working at Pfizer on a CDK4 inhibitor which came to market for the treatment of ER+ breast cancer and locally, with a Concord Hospital team, on the GST-Pi protein that predicts response to 5-fluorouracil-based chemotherapy in colon cancer.

He has existing collaborations with other oncology groups at Royal North Shore in the area of pancreatic and lung cancer and is confident that ‘what we learn and apply in one cancer will be equally applicable in other areas’.

Professor Molloy comes to the new position from Macquarie University where he was director of the Australian Proteome Analysis Facility.

He said his motivations in the new position encompass family, community and his long held delight in the ‘excitement of discovery’.

“I remember from the early days – my first research project – Edman sequencing of amino acids from the N-terminus of the protein.”

“And it took about 30-45 minutes for each cycle so I remember thinking about going home but having this sample on the machine and if I just wait another half an hour I’ll see what the next amino acid is and that will give me information for further exploration.”

“What I’m interested in doing is providing a scientific leadership role to interface with my clinical colleagues here at Royal North Shore initially. I’m interested in engaging with clinicians, figuring out what keeps them awake at night and how to apply molecular technologies to those questions.”

Professor Molloy said most people would know someone affected by bowel cancer in their lifetime.

“My grandfather succumbed to bowel cancer and my mother has had polyps removed several times so there is a personal interest but also it is a disease of high prevalence so I feel that by focusing my efforts, anything that I can do will have pretty wide impact in the community.”

“Without the effort of Bowel Cancer Australia, there just wouldn’t be enough money to initiate the chair’s position and so I’m interested in continuing to advocate for the work they are doing and get more involved.”

Lawrence Penn is a long-term bowel cancer survivor and his son Richard Penn has been a patron of the charity Bowel Cancer Australia since 2006.