Cancer patients should be told they are likely to experience memory loss or other symptoms of cognitive decline as a result of their disease, according to leading oncologist. 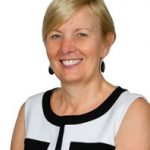 Professor Janette Vardy, medical oncologist at the Concord Cancer Centre, University of Sydney,  says cancer-related cognitive impairment, sometimes referred to as “chemo fog” or “cancer brain” occurs in between 70% and 80% of cancer patients who are on chemotherapy. But the mechanism underlying the symptoms affecting memory, processing speed and executive function  is not well understood despite one in three patients showing persistent deficits, she says.

Previous thinking has centred around the role of chemotherapy – hence the nickname “chemo brain” – however more recent research suggests the disease itself plays a role, Professor Vardy told the annual scientific meeting of the Australian and New Zealand Society for Geriatric Medicine in Sydney on June 28.

Professor Vardy’s own large prospective longitudinal study of colorectal cancer in men and women found 43% of patients had impairment prior to any chemotherapy, compared to 15% of healthy controls.

“And when we looked at them at one year, the rates were fairly similar still around the 40% compared to ten to 12% of healthy controls.”

Another finding that raises more questions than answers is a lack of association between symptoms and objective cognitive decline, with many patients who self-report symptoms having scores within the normal range on neuropsychological testing.

One suggestion is that for some patients, cognition was previously at the high end of the spectrum and has dropped into the normal range, she said.

There are also hypotheses on the role of chemotherapy.

“We do wonder – and the jury is out on this – whether there may be an accelerated cognitive ageing in people that have had chemo,” Professor Vardy said.

“There are also potentially certain chemotherapy agents that are more likely to cause cognitive impairment that others.”

Studies using functional MRI scan have shown a difference in the areas of brain activation between people who have had chemotherapy and those who have not, or never had cancer.

“In some cases there’s hyperactivation. So what we think is happening is compensation, they might come up with the correct answer but they’re aware they’re having to work harder hence they say they have a cognitive symptom but they’re scoring okay, and that’s supported by the fact extra parts of the brain are being recruited to answer the question.”

There are also questions about the potential role of mental health issues commonly found in cancer patients, such as anxiety and depression.

For the one third of patients for whom impairment persists, there are few therapeutic options available.

A number of pharmacological interventions are being studied, but none are ready for prime time. Probably the best evidence is for exercise, she said.

“(The evidence) is weak, but at least it has lots of other benefits.”

“There is also increasing evidence that forms of cognitive rehabilitation may assist and for some that’s a more formal process. It might be teaching compensatory strategies, education about cancer-related cognitive impairment, it could be with regard to cognitive behavioural therapy [CBT].

“We have also done a study that shows brain training programs [may work]. The thing we use is called ‘Insight’. It certainly helped their cognitive symptoms and it was a randomised controlled trial, but we didn’t actually see improvement in the objective cognitive function.”

While the opportunity for interventions is limited, Professor Vardy believes oncologists should be warning all their patients about the likelihood they will experience some cognitive symptoms, which are usually subtle and often improve over time.

“(Patients) often say ‘no-one said this could happen’ so just like we warn patients about fatigue, this should be on the list,” she said.

Adequately following up with patients, with referral to a neuropsychologist for those with persistent symptoms, is also important.

“There is some data to suggest older age or people with less cognitive reserves to start with might be more susceptible to these problems, so that is something we have to consider when we give chemotherapy to older people.”

Looking to the future, Professor Vardy said it’s important to understand what mechanisms are causing cancer-related cognitive impairment in order to know how to best prevent or treat it.

“We have a lot of good animal models which clearly show chemotherapy is implicated, but it’s more than that. So things like inflammation or is there a genetic predisposition?”

“Hopefully in another 10 years with the animal models and the neuro-imaging work we would have a better idea of that and how to prevent and treat it.

And hopefully it’s something people are being warned about in advance, and we are doing work looking at what are the implications on real life, as opposed to scoring low on a test.”