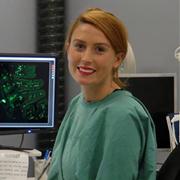 Prophylactic probiotics show no benefit in preventing or reducing diarrhoea secondary to chemotherapy or radiation therapy in cancer patients, a systematic review by Australian researchers has found.

Despite hopes raised in pre-clinical studies, a review of evidence from seven clinical trials found that probiotic interventions  did not have any effect on the incidence or severity of diarrhoea in patients undergoing cancer treatment .

Undertaken by researchers at the University of Adelaide’s Centre for Nutrition and Gastrointestinal Diseases, the review covered trials of  several different probiotic regiments most of which included Lactobacillus  strains. The trials examined the efficacy against diarrhoea in secondary to chemotherapy and radiotherapy for gynaecological, colorectal and lung cancers.

Writing in Current Opinion in Supportive and Palliative Care, lead researcher Dr Hannah Wardill (PhD) said it had been thought that interventions to support the gut microbiome would have a protective effect against the mucotoxic effects of drugs and radiotherapy that cause some of the most complications of cancer therapy.

However there was little known about the mechanisms underlying the role of gut bacterial in preventing the mucositis secondary to cancer drugs and radiation.

The findings were “disappointing” given the current lack of effective agents to prevent diarrhoea secondary to cancer treatment, the researchers said. At present the only options are loperamide and octreotide, and these often do not work for many patients.

But the findings did not rule out a role for probiotics in cancer treatment-induced diarhhoea, they emphasised.

The wide variation in responses to probiotics seen in the trials likely reflected their use in different types of cancers,  different treatments and the different formulations of probiotics used, not to mention inconsistent outcome measures.

“We strongly believe this analysis should be viewed not as discouraging, but as motivating for the field to move forward by following the science and improving clinical trial design,” they said.

Pre-clinical studies suggested that specific bacteria could promote resistance to gastrointestinal toxicity and this should a more targeted approach to use of probiotics to manipulate the gut microbiome, they added.

“This conclusion should not put a halt on future investigation of probiotics, but instead guide better study design and more targeted manipulation of the microbiome in varying clinical scenarios,” they concluded