Bringing scientists and clinicians closer together is one way to improve the success of phase II clinical trials of novel childhood cancer therapies.

An Australian study examining the influence of 24 preclinical and trial design variables on the success of 132 paediatric oncology trials found no evidence that the conduct of any preclinical experiments made a trial more likely to succeed.

Success was determined by an independent assessment of response such as an overall response rate ≥20% in extracranial solid and CNS tumours or ≥40% in haematological cancers.

For most trials (61%), the researchers were unable to locate any relevant preclinical findings at all.

Paediatric trials initiated on the basis of results from adult studies were less likely to succeed (p < 0.05).

Clinician and researcher Associate Professor David Ziegler, from the Kids Cancer Centre and University of New South Wales, told the limbic cure rates had being improving continuously for childhood cancers but there was still room to improve.

“Most trials fail so we need to get better at doing the right trials.”

“For example, we see combination trials work better but they aren’t being done that way. 50% of trials are still being done as single agents.”

“For me, the take home message is we need to have a better bridge between preclinical and clinical. So many trials fail and we need to be sure we are more carefully building and looking at the preclinical data before embarking on trials.”

But there were clues to the lack of correlation between preclinical data and the success of clinical trials.

“We found doses used were too high and couldn’t then be replicated in the clinic. We found that even if agents were active in preclinical, they were less active than standard of care and the conclusion was they probably shouldn’t progress to the clinic.”

“There is often a disconnect between scientists in the lab really focused on getting their papers published and getting their next grant and clinicians in the clinic who are doing the trials and really trying to get novel agents for their patients.”

“We need to get a better understanding between the lab and the clinic; bringing clinicians and scientists into the same room and talking the same language.” 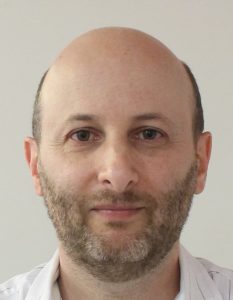 Associate Professor Ziegler said the recently announced federal and NSW government commitment to a Comprehensive Children’s Cancer Centre – as reported here in the limbic – was one way forward.

“It’s about bringing together scientists and clinicians and patients together in one institute and one building. The best way to get people working together is have them side-by-side and this is a really important development for us.”

There also needed to be more rigorous guidelines for the type of preclinical data required before progressing to clinical trial.

He added the finding about paediatric trials not benefitting from adult trials was not entirely surprising.

“We know for example that with DIPG tumours for decades we were just following what was tested in adults and then we found the [children’s] tumours were genetically unique and different to any tumours that had been seen in any adult before. So we really need to focus on specific treatments that target the child’s cancer.”