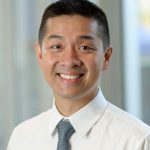 Oncology clinics of the future may be organised by tumour biomarker signature rather than by disease, a specialist meeting in Sydney has heard.

With novel selectively-targeted tyrosine kinase inhibitors (TKIs) likely to become available from next year, it may make more sense to have solid tumours treated according to their molecular susceptibility than by anatomical location, it was suggested at the Australian Lung Cancer Trials Group (ALTG) Annual Scientific Meeting in Sydney.

Visiting speaker Professor Alex Drilon from the Memorial Sloan Kettering Hospital in New York outline the concept of “molecular champions” at the end of a presentation he gave on developments in RET and NTRK molecular targets.

He told the meeting that new RET-targeted TKIs were much better in terms of efficacy and cleaner in terms of side effects compared to the current generation of multi-kinase RET inhibitors.

Current drugs such as cabozantinib were non-specific and had a 50% efficacy ceiling on their pharmacological activity even at maximal doses, as well as substantial off-target side effects such as  hypertension, rash and diarrhoea.

But two new agents designed to specifically target RET have shown potent and durable activity in patients with advanced NSCLC. The agents LOXO-292 and BLU-667 have shown overall response rates of 58-68% in early clinical trials and have also been well-tolerated in patients who are RET-fusion positive.

And encouragingly they have also shown significant intracranial activity in patients with brain metastases.

The drugs represent a substantial improvement over current multikinase TKIs and have received breakthrough designation approval by the FDA for the treatment of lung and thyroid cancers, Professor Drilon told the meeting.

Progress has also been made in targeting the NTRK fusion defect which is found across a diverse spectrum of cancers including many paediatric cancers. The first generation of TRK inhibitors such as larotrectinib and entrectinib have shown overall response rates of 57%-81% and durable responses in NTRK fusion positive thyroid and salivary cancers and soft tissue sarcoma.

Some of the cancers had proved extremely sensitive to TRK inhibition and showed dramatic responses, as well as the agents being active in the CNS.

As with the RET-targeted agents, the TRK inhibitors were well tolerated with most patients not needing dose modification. And while resistance to TRK inhibitors has been reported in some patients, these had been successfully treated with second-generation agents.

With the impending availability of these new therapies the next key question will be how to test cancer patients for actionable susceptibilities such as RET fusion and TRK fusion, said Professor Drilon.

In his institution this was done by targeted Next Generation Sequencing (NGS) of DNA, but it could also be done by FISH assays.

“My preference is that if you have access to NGS, which looks for many different things, you would rather do that rather than a single test for RET,” he said

“And fortunately if you find them, these fusions are highly susceptible to therapy,” he added.

Professor Drilon concluded by suggesting the traditional model of disease-specific clinics for lung cancers or colorectal cancers may be superseded by having a TRK fusion clinic and RET clinics.

“One thing that we do which I think will become critical as we roll out these drugs is that we develop ‘molecular champions’ – so like I’m the RET guy and the TRK guy and there’s a DNA damage repair guy. I think it’s much easier because you’re able to do a deeper dive, learn much more about the newer agents, the trials, resistance etc,”

“At the [Sloan Kettering] Early Drug Development Service we have representatives from different branches such as breast and lung but we see all different types of tumour in the clinic – sarcoma, salivary tumours etc,” he said.

“Eventually patients will go to the disease-specific services and if those doctors have questions about RET or TRK they reach out to us. Hopefully, as we look into the future the same way we have developed disease specific services I think we will develop molecular champions who can keep track of everything for other physicians.”