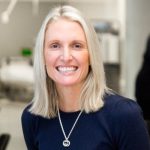 Cancer patient preferences are for a shorter duration of adjuvant chemotherapy, with Australian research showing many are not prepared to undergo longer duration of chemotherapy unless the treatment confers a big survival benefit.

The finding comes from a study of Australian patients enrolled in the SCOT trial, a randomised phase 3 trial of three months vs six  months of adjuvant chemotherapy with oxaliplatin and fluoropyrimidine in patients with colorectal cancer.

Clinicians from the Australasian Gastro-Intestinal Trials Group (AGITG) used a validated questionnaire to ask patients in the trial at three and 18 months about their preference for adjuvant chemotherapy duration based on their experiences.

Preferences varied substantially among the 160 responses but the survival benefit many required to warrant an extra three months of adjuvant chemotherapy was an extra three years beyond a life expectancy (LE) of five years.

Preferences were similar at three months and 18 months and were not predicted by participants’ baseline characteristics.

The study investigators said the required benefits were similar to those needed to justify troublesome symptoms of CIPN – the toxicity of oxaliplatin most often responsible for dose modifications and early discontinuation.

With patients requiring an extra 5%-10% in five-year survival as a trade off for chemotherapy side effects, investigators suggested that CIPN was just as important to the duration of adjuvant therapy and should be discussed carefully when doctors and patients are considering the optimal duration of oxaliplatin-containing adjuvant chemotherapy.

The findings, along with similar work done by the team in patients’ preferences for different durations of adjuvant sorafenib after resection of localised renal cell cancer, suggested that the duration of adjuvant systemic therapy mattered to patients and was an important component of the trade-off between the benefits, harms, and inconveniences of adjuvant therapy.

The team, led by Professor Prunella Blinman, medical oncologist at Concord Repatriation General Hospital, Sydney, concluded that discussions and decisions about the duration of adjuvant chemotherapy required careful consideration not just of the pertinent results from clinical trials but the preferences of individual patients.

“Relatively small differences in efficacy vs relatively large differences in duration and toxicity seemed important to participants in our study. These differences should be given prominence and priority by patients and doctors considering the optimal duration of adjuvant chemotherapy in routine clinical practice,” they said.

They noted that many guidelines recommend a shared decision-making approach when determining the duration of adjuvant chemotherapy that considers, among other factors, patient characteristics, values, and preferences. Professor Blinman and colleagues said the findings from the current  study were an example of what these preferences were in the context of a clinical trial.

“Clinicians could use the results of our study as a starting point for eliciting patients’ preferences in clinical practice by informing their patients, for example, that most patients in a clinical trial required substantial survival benefit to justify an additional three  months of chemotherapy,” they wrote in JNCI Cancer Spectrum.