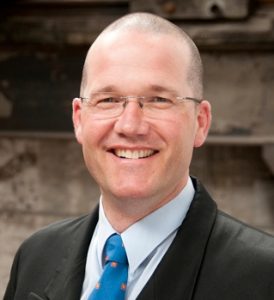 The functional status of people with lung cancer in their last months of life is probably far worse than previously estimated. As a consequence, their support needs and those of their caregivers have probably also been underestimated, Australian researchers say.

Whereas many other studies have relied on caregiver recall, five years of contemporaneously collected data from the Australian national Palliative Care Outcomes Collaboration (PCOC) paints a grim picture of end of life for many patients.

Interestingly, the trajectories of functional decline and overall symptom burden were similar in both groups of patients.

The main difference was that lung cancer patients experienced more pain-related distress overall and then breathlessness in the final weeks as death approached.

Patients with non-malignant respiratory diseases such as COPD experienced more distress from breathlessness but also increasing pain closer to death. Distress from fatigue and poor sleep were similar in both groups.

Four months from the end of life, the median Australia-modified Karnofsky Performance Status (AKPS) was 40 in people with lung cancer.

The study found the rate of functional decline accelerated in both patient groups in the final months of life – from a daily percentage change of 0.2% four months out from death in both groups to 14.8% in the final week for lung cancer patients and 17.2% for non-malignant respiratory patients.

Despite the similar patterns of decline, referral to palliative care occurred much earlier in lung cancer patients than non-cancer patients (22 days v 6 days from death).

“Use of palliative care services improves quality of life in people with lung cancer and, with early access, is associated with patient outcomes and reduced costs of end-of-life care,” the study authors said.

“This, alongside the comparable symptom burden, similar functional decline and significant global burden of chronic respiratory diseases, highlights the need for more proactive and patient- centred policies regarding active referral to palliative care for people with non-malignant end-stage respiratory diseases.”

“Timely access to palliative care for both groups should be both possible and actioned,” they concluded.

Senior investigator on the study Professor David Currow told the limbic that the dramatic decline in function at end of life was probably a surprise to many people.

“I think what you see here is that both groups of people are significantly impaired. When we talk about a Karnofsky of 30-40 … at 40 you are requiring ongoing support in many activities of daily living and by 30 you are severely disabled and really requiring a huge amount of support just with daily activities.”

“This is someone who is heavily dependent on the help and support of other people, be they professional or family and friends. I think we have underestimated the enormity of that.”

Professor Currow, from the Improving Palliative, Aged and Chronic Care through Clinical Research and Translation (IMPACCT) program at the University of Technology Sydney, said not everyone who had a life-limiting illness needed to be seen by a specialist palliative care team for relief of symptoms such as pain and breathlessness.

However he emphasised that palliative care was more than just physical symptom control.

“As we face our existential end, it is a big issue for patients and their families. That’s not just about a good prescription for analgesia.”

“What supports are we mobilising to help support caregivers both while in the role and subsequently? We know there is a huge hangover effect for caring for someone at the end of life. I don’t think we do nearly enough as a community, let alone within the professions, in acknowledging the enormity of the care given by literally hundreds of thousands of people every year to someone else in Australia and the toll that takes on physical and psychological health.”