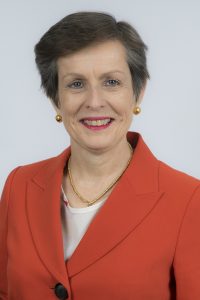 Cancer Australia is leading a new mission to improve the woeful outcomes from pancreatic cancer.

According to Cancer Australia’s CEO Professor Dorothy Keefe, the uncommon but deadly cancer has suffered from a lack of research investment into prevention and treatment.

“Over the last 30 years we have improved survival from about 5% at five years to nearly 11% at five years but that is terrible when you compare it to breast cancer where five year survival is over 90%.”

“One of the things I find very interesting about pancreatic cancer is that there is no gap between Indigenous and non-Indigenous outcomes, which is a reflection of how bad it is.”

“So we also need to make sure that as we improve outcomes from pancreatic cancer that we do it for everybody. It’s an interesting challenge.”

Professor Keefe, a medical oncologist, told the limbic the development of a National Pancreatic Cancer Roadmap would involve all relevant stakeholders including consumers, researchers and clinicians from specialities including gastroenterology, medical and radiation oncology, surgery, and more.

“Cancer Australia has a really good tried and tested methodology for doing these sorts of things …we review all the evidence, we ask all the questions and we look at what could be done. And we will come up with an evidence-based, contemporary model of what we should do and then we will be ready to seek funding to do that.”

The Roadmap will be aligned with the existing Optimal care pathway for people with pancreatic cancer.

“This is the best evidence we have got currently for how you should treat pancreatic cancer… but it’s not actually implemented everywhere across the country. Let’s make sure that the treatment is joined up across every health system in the country and make sure that everybody who is diagnosed with pancreatic cancer gets this level of care and that would make a difference already but there are other things that could be done.”

She said every component of care, from prevention to treatment, required a re-think.

“It’s a bit like a jigsaw puzzle. There are probably bits missing at every point and if you could tweak every point to make it the best it could be, you should be able to improve survival considerably.”

However prevention and early detection were clearly in her focus.

“If we could find out a way to stop people getting it in the first place, then that would make a huge difference as the incidence is going up as well.”

And, there was the future promise of detecting pancreatic cancer ahead of its non-specific abdominal symptoms.

“There are people researching breath testing. There is a lot of work to be done and similarly with biomarkers, but I think we are on the cusp with the technological revolution in terms of genetics and genomics, so we are going to be able to find those predictors quite soon.”

The project has the support of the former Chief Medical Officer Professor Chris Baggoley in the unfamiliar role of consumer spokesperson.

“Chris was diagnosed with pancreatic cancer about 18 months ago and was very fortunate because it was diagnosed early enough that he could have an operation and then chemotherapy – not an easy course of treatment – but he is one of the ones who is doing very well.”

“He is obviously passionate about improving the outcomes but because he is also such a humble and gentle man, he is keen to help others so he volunteers his services,” she said.

“We’re very lucky to have him as a partner.”

The Roadmap is expected to be delivered by the end of 2021.