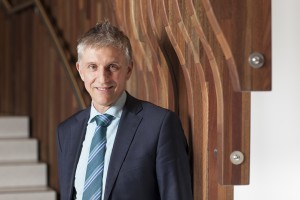 The addition of atezolizumab to vemurafenib plus cobimetinib has failed to show an OS benefit in patients with BRAFV600 mutation-positive advanced or metastatic melanoma.

The phase 3 IMspire150 study sought to achieve the Holy Grail of a high response rate and durability of response by combining the checkpoint inhibitor with the BRAF and MEK inhibitors.

Despite early promise in 2020 when the study first showed a PFS benefit after a median follow-up of 18.9 months, that has not translated to an OS benefit in the second interim analysis at 29·1 months follow-up.

The primary cause of death was most commonly progressive disease.

“Although the optimal duration of treatment with the triplet combination remains unclear, future studies should explore the opportunity to stop atezolizumab after 2 years as is currently done with other anti-PD-1 or anti-PD-L1 treatments in real-world clinical practice,” the study said.

One of the study’s senior co-authors Professor Grant McArthur told the limbic that when PFS doesn’t translate to an OS benefit, one of the significant reasons was likely confounding by post progression interventions.

“Of course, we want home runs in oncology. We want new therapies that are going to make a very big difference… it certainly is possible that there will be an overall survival advantage.”

He said OS benefits improved over time in the phase 2 Keynote-022 study of pembrolizumab, dabrafenib and trametinib so the same thing might happen with the IMspire150 study.

“However, there’s a lot more use of effective immunotherapies…combination immunotherapies that will impact on overall survival. And so it might be that it [OS in IMspire150] doesn’t reach the statistical significance level, we’re just going to have to wait and see.”

Professor McArthur, from the Peter MacCallum Cancer Centre in Melbourne, said the triplet therapy was approved in isolated countries, but many more were waiting for an overall survival advantage.

“But it’s certainly the first phase three to demonstrate that combined targeted therapy and immunotherapy together in melanoma can improve clinical outcomes. That’s an important piece of knowledge conceptually…,” he said.

As well, the overall survival results were not going to translate to a major change in clinical practice given the standard of care in the first line was to give immune checkpoint blockade, he said.

“Now the paradigm is that for advanced melanoma you start with checkpoint immunotherapy in these BRAF-mutant patients. At the end of the day, the most important thing about the IMspire150 study has been to demonstrate proof of principle that if you add an immunotherapy to a targeted therapy, you can get better clinical results.”

“But what we want in every single oncology study now, is we want to learn whether there are subsets that get benefit from using the drugs differently. So we all have anecdotes of patients, where we’ve been forced to give triplet therapy in very different situations, that have done well.”

“The other extremely important principle in oncology is do we just keep adding drugs together? Triplets? Quadruple therapies? Is that the way to do things? Or can we get more nuanced and think cleverly about the sequencing of therapies because typically as you add more drugs, you get more toxicity?”

“I think where we’re probably not going to be able to just keep adding, adding, adding drugs to try to overcome resistance because we’re going to amplify toxicity.”

“A higher incidence of pyrexia was observed in the atezolizumab group versus the control group, although most events were grade 1–2 in severity in both treatment groups.”

The study was sponsored by Roche.