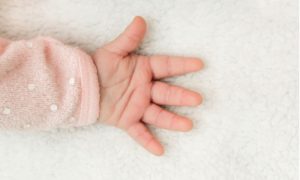 Cryopreservation of ovarian tissue is an increasingly recognised intervention for preserving fertility in adolescents and young women facing potentially gonadotoxic treatment for cancer.

Dr Hector Georgiou, a Reproductive Endocrinology and IVF Fellow at the Royal Melbourne Hospital, told the COSA ASM 2022 that more than 200 babies have been born globally as a result of ovarian tissue cryopreservation (OTC).

The latest update of the COSA guideline Fertility Preservation for People with Cancer [link here] acknowledged the intervention was “no longer considered experimental” – a position reflected by societies around the world.

“OTC is the sole fertility preservation option for pre-pubertal girls and is increasingly utilised in young women in which egg freezing is not an option. That is typically due to a lack of time as the process of egg freezing takes about two weeks,” he said.

“OTC may also be more appropriate where there are concerns with hormone sensitive tumours where particularly high oestrogen levels might not be a good idea.”

Dr Georgiou said proponents of OTC also consider its main advantage is in the restoration of hormonal function, not just fertility, and for the chance of spontaneous conception.

He said eligibility criteria for OTC was females <35 years who were at significant risk of gonadal failure, with no surgical contraindications and a realistic chance of survival.

In contrast, an Oncofertility Consortium Consensus Statement from the US was more liberal in recommending that OTC can be offered to patients up to 42 years of age.

“However pregnancies have rarely been observed where OTC is performed in women older than 35 and no live births have been reported in patients above age 38,” he said.

While no previous gonadotoxic treatment was another eligibility criteria, he said OTC was sometimes offered to patients who have already started chemotherapy.

He said this was not an option with egg freezing unless there have been a substantial time interval between chemotherapy completion.

Dr Georgiou presented local data from more than 750 participants in the OTC program.

“Of these, 95% underwent their surgery at our hospital with the tissue being frozen locally and 5% were harvested at other sites and brought to the Women’s for processing.”

The establishment of the National Ovarian and Testicular Tissue Transport and Cryopreservation Service (NOTTCS) in 2019 was however opening up opportunities for young cancer patients from anywhere in the country to have gonadal tissue retrieved and transported to Melbourne for processing and storage.

Dr Georgiou said the most common indications for freezing of ovarian tissue were lymphoma, followed by sarcoma and breast cancer. Non-oncological indications included mostly autoimmune diseases such as SLE and gynaecological conditions such as endometriosis.

He said 47 women, representing about 5% of the cohort who underwent OTC, have returned for grafting of thawed ovarian tissue between 2006 and 2022.

“This percentage is broadly comparable to the experience of other units around the world.”

“About a quarter of patients undergoing grafting underwent treatment for benign conditions but the majority of patients had undergone gonadotoxic treatment for cancer. The commonest of which was gynaecological cancer followed by lymphoma, sarcoma and breast cancer.”

He noted that about 1/3 of patients had received chemotherapy prior to freezing of their ovarian tissue.

The average age at ovarian tissue freezing was 29 years and 35.8 years at grafting – a mean storage time of about seven years.

He said all women except three resumed natural cycling after grafting of that thawed tissue, on average about 4 months after the operation.

The many variables which influenced the life of the graft included age at freezing, the follicular density of the tissue that was frozen, and how much tissue was grafted back.

Dr Georgiou said 19 women were able to progress to having embryo transfers resulting in 12 live births from 67 embryo transfers and one spontaneous pregnancy. As well, there were currently two ongoing pregnancies.

“This equates to a live birth rate of just below 18% and a clinical pregnancy rate of 22%.”

“It should be noted that the stimulation protocol used for graft patients is very different to conventional IVF and many cycles may be required in order to achieve a pregnancy and baby.”

“Patients are fully counselled about this at the point of freezing so they can make an informed decision about how to proceed.”

“Our data shows that OCT followed by grafting can lead to many births. We propose therefore that it is important that this option is offered to young cancer patients particularly where there is no time to undertake egg freezing,”

Dr Georgiou said a limiting factor currently was that not all ovarian tissue can be safely grafted back.

He said at the time of harvesting, a portion of ovarian tissue is sent to the lab for histopathological analysis to provide information on follicular density but also to exclude the presence of malignant cells.

“However this is not 100% accurate and so for certain cancers, for example leukaemia is the classic example, grafting is not currently being undertaken.”

He said future directions in the field might include in vitro maturation of the oocytes or technology advances to definitively confirm there were no malignant cells in the tissue being grafted back.

Dr Georgiou told the limbic that many clinicians still perceived OTC as a new intervention.

“It’s slowly becoming mainstream but it’s not like the standard which is egg freezing. People know about egg freezing, but people don’t know about tissue cryopreservation. It might be that or nothing particularly if you are a teenage girl for example where egg freezing is not an option.”