Osimertinib may be new standard of care in early stage NSCLC 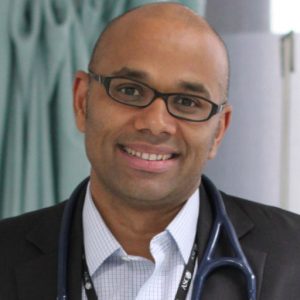 Osimertinib has been shown to be useful in patients with early stage non-small cell lung cancer (NSCLC) with resectable disease, according to a ‘practice-changing’ presentation at the 2020 ASCO Virtual Scientific Program.

The ADAURA phase 3 trial randomised 682 patients including Australians to either 80-mg osimertinib or placebo after their surgery with or without adjuvant chemotherapy.

The study was unblinded early given the strongly positive results in favour of treatment with osimertinib.

It found the primary endpoint of disease-free survival was not reached in treated patients and 20.4 months in controls (HR 0.17; p<0.0001) with stage II and IIIA disease.

A secondary endpoint of disease-free survival when stage I patients were also included in the analysis showed similar results: DFS not reached in treated patients versus 28.1 months in controls (HR 0.21; p<0.0001).

“Overall there was a 79% reduction in the risk of disease recurrence or death with osimertinib,” the study investigators said.

The study found every sub-category of patients according to sex, age, smoking status, race, stage, EGFR mutation and prior adjuvant treatment favoured treatment with osimertinib.

Australian co-investigator Associate Professor Thomas John told the limbic the findings suggested osimertinib should become the standard of care in this patient group.

“This is a small group of people who have resectable lung cancer and this is already a very small subset because patients who have this rarely present in the early stages due to being young, non-smoking, etc,” said Dr John, a medical oncologist at the Olivia Newton-John Cancer Centre in Victoria at the time of the study.

“At the moment … after surgery, depending on the size of tumour, patients are offered chemo and there isn’t any other therapeutic option.”

He said clinicians were however familiar with the treatment in more advanced patients.

“The side effects are few. It can cause a rash and diarrhoea but in many people they don’t experience much at all. In most of my patients I still don’t know if they were on the placebo or this drug. That gives you an indication of how well tolerated it is.”

“It’s a very easy drug to use and on the trial we gave the patients the drug for three years and it doesn’t require a lot of follow-up, dose reductions or management of side effects.”

Osimertinib has not yet been approved by the PBS for this indication.