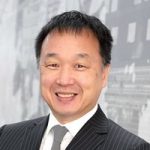 The final OS data of the phase III PROSPER trial presented at the ASCO20 Virtual Scientific Program showed a 27% lower risk of death for patients treated with the drug combination.

The findings, which were published simultaneously in the NEJM, report on 48 months of median follow up.

Professor Cora Sternberg, clinical director of the Englander Institute for Precision Medicine and a principal investigator on the trial, said treatment with enzalutamide resulted in almost a year of improvement in median survival (67 vs 56 months in the placebo group).

The trial recruited 1,401 men, including from sites in Australia, with non-metastatic castration resistant prostate cancer and a PSA doubling time of 10 months or less.

Professor Henry Woo, head of uro-oncology at Chris O’Brien Life House and an investigator on the Australian arm of the trial,  said it wasn’t all that long ago when we had no effective systemic treatment for any men with castration resistant prostate cancer.

“The excitement we see with these results [is] a continuation of the excitement we have observed for several systemic therapeutic options for this disease state,” he told the limbic.

“That said, the positive finding of prolonged overall survival in this study is not surprising given that earlier results had demonstrated a significantly improved metastasis free survival (MFS) in favour of enzalutamide.  As we already know, the MFS is a good predictor of overall survival benefit.”

In the PROSPER trial patients were randomised 2:1 to ADT plus 160 mg once-daily enzalutamide (n = 933), or ADT plus placebo (n = 468). Metastasis-free survival served as the primary endpoint.

After the primary analysis in 2017 the trial was unblinded and men assigned placebo were allowed to cross over to enzalutamide in an open-label extension.

At median follow-up of approximately 48 months, investigators observed 288 deaths (31%) in the enzalutamide group and 178 deaths (38%) in the placebo group.

According to Professor Sternberg, treatment benefit of enzalutamide was consistent across all three specified subgroups.

“This survival difference was present even though almost two thirds of patients from the placebo group received at least one subsequent antineoplastic therapy as part of long-term treatment after this study was unblinded, including 87 patients who received enzalutamide during the open label extension,” she said.

“That’s very significant because it means they can sit tight on that treatment without having additional treatment for a longer period of time compared to if they did not have enzalutamide, said Professor Woo.

But there’s a trade off in terms of enzalutamide adverse effects such as lethargy, the study investigators added.

“In my own experience the majority of men, in spite of the lethargy they report, will be able to battle on. However, there will be some men who will find their lethargy sufficiently problematic that they need to discontinue the drug,” said Professor Woo.

While the findings from PROSPER show an impressive survival benefit for men with non-metastatic castrate resistant prostrate cancer with the addition enzalutamide, Professor Woo questioned the significance of the disease category itself.

“There is some conjecture as to whether this concept actually exists.  My own view is that that once you develop castration resistant prostate cancer with a short PSA doubling time as per the PROSPER study population, then you already have metastatic disease.  The ability to detect the metastastic disease is simply a function of the resolution of your imaging modality.”

“So the key message from the PROSPER study, which should also be considered in the context of PREVAIL, is that once we see the development of castration resistant prostate cancer – with or without visible metastases – you have a serious disease state and there is an overall survival benefit in having enzalutamide in conjunction with androgen deprivation therapy.”