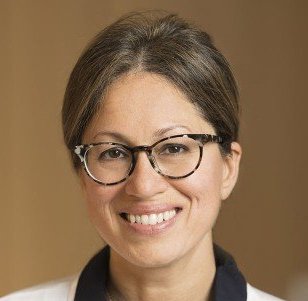 A novel conjugate form of the HER2-targeting antibody trastuzumab has shown doubling of progression-free survival compared to standard-of-care treatment with conventional chemotherapy, according to results presented at ASCO 2022.

The novel therapy Enhertu links trastuzumab to deruxtecan, a topoisomerase I inhibitor that interrupts DNA replication. The ‘practice changing’ findings showed it also significantly improved overall survival for patients with metastatic breast cancers expressing low levels of the HER2 receptor, regardless of hormone receptor status.

Published simultaneously in NEJM, the results of the DESTINY-Breast04 study come from a multinational, multicentre double-blind phase III trial that enrolled 557 patients with HER2-low metastatic breast cancer who had been treated with one to two prior lines of chemotherapy for metastatic disease.

Participants were randomly assigned to either trastuzumab deruxtecan or the physician’s choice of several standard chemotherapy drugs such as capecitabine, eribulin, gemcitabine, paclitaxel, or nab-paclitaxel.

The primary endpoint, PFS, in patients with cancers that were HER2-low and hormone receptor positive (HR+), was nearly double for trastuzumab deruxtecan vs. standard chemotherapy (10.1 vs. 5.4 months).

The secondary endpoint of OS was also significantly better in the HER2-low, HR+ subgroup of patients who received trastuzumab deruxtecan compared to standard therapy (23.9 vs. 17.5 months).

Adverse events of grade 3 or higher occurred in 52.6% of the patients who received trastuzumab deruxtecan and 67.4% of those who received the physician’s choice of chemotherapy.

However lung toxicity was noted in the trastuzumab deruxtecan treated patient group with drug-related interstitial lung disease or pneumonitis occurring in 12.1% of the patients, and 0.8% had grade 5 events.

“It is important for patients to know what level of HER2 their cancer expresses, not just whether it’s positive or negative, especially as HER2-low status can be determined using commonly available tests,” she said.

An ASCO 2022 perspective noted that for patients with metastatic breast cancer, about 15-20% of cancers will be considered HER2 positive and would be eligible to be treated with HER2-targeted therapies. The remaining 80% or so of metastatic breast cancers are currently categorised as HER2-negative, and of these cancers, approximately 55-60% express low levels of HER2.

“By effectively creating a new category of breast cancer, HER2-low, this trial will redefine how we classify breast cancer and will significantly expand the population of patients who can benefit from HER2-targeted therapy,” commented Dr Jane Lowe Meisel, ASCO Expert in breast cancers.

The study was funded by Daiichi Sankyo, Inc., and AstraZeneca.