Why night shifts are not a healthy option for young women 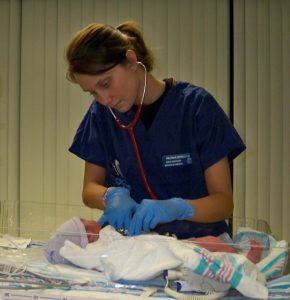 As if junior doctors needed something else to worry about, it has now been shown that regular night shifts may increase the risk of breast cancer in younger women.

According to a meta-analysis of five case-control studies across five countries including Australia, working three or more nights per week increased the risk of breast cancer in premenopausal women (OR 1.80) but not in postmenopausal women.

According to the study authors, the incidence of breast cancer for women who ever worked at night increased by 12%. The findings support those from other research including the Nurses’ Health Study.

However co-author Professor Lin Fritschi, from the School of Public Health at Curtin University, told the limbic the absolute risk was still very low and probably less than for many lifestyle factors such as alcohol consumption, obesity and inactivity.

“Overall we found not very much of an association but the association we found was in younger women who’ve done a lot of shifts per week for a long time.”

And the impact from the disruption of circadian rhythms appeared to wane two years after women stopped working night shifts.

Professor Fritschi said this probably explained the lower risk in older women, many of whom had stopped working night shifts.

“It may be that what is happening is like HRT – that once you stop, your risk goes down. So we still don’t know enough and whether it is clinically significant, I don’t know.”

“My advice is that shift work is bad for you in a whole lot of ways – it’s socially bad for you, it’s associated with depression, stress and anxiety – and from a clinical point of view I’d be advising sleep hygiene so if you are going to do shift work, make sure you look after how you sleep.”

But surprisingly, this is not taught to people doing shift work, she noted.

“If you’ve got the luxury of being able to choose your shifts, choose those you feel most comfortable with,” Professor Fritschi suggested.

“Try and make sure you get good sleep between shifts and do other things like maintaining a healthy weight and eating well. Your body isn’t ready to eat when you come off shift and people don’t have access to good healthy foods in the middle of the night so eating habits are disturbed as well.”

She said rosters for junior doctors were often horrendous, so they were suffering from a lack of sleep as well.

The study found the association of night work with breast cancer was restricted to ER+ tumour subtypes, however Professor Fritschi cautioned the numbers were very small.