Peter Mac has a new Medical Director of Medical Oncology. 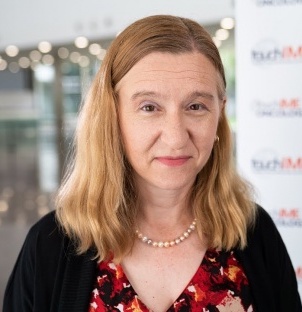 Professor Linda Mileshkin has been appointed to the position of Medical Director, Medical Oncology at the Peter Mac Cancer Centre, Melbourne.

Prof Mileshkin has been Deputy Director of Medical Oncology at Peter Mac since 2017 and has acted in the role as Medical Director leading the team successfully through the challenging months during the COVID-19 pandemic.

In a statement, the Peter Mac Centre said Professor Mileshkin is a highly accomplished medical oncologist and clinician scientist with 176 publications accepted in peer-reviewed oncology journals and an investigator on 58 successful peer-reviewed grant applications that have attracted funds of over $15 million.

“Her work leading academic clinical trials in the adjuvant therapy of endometrial and cervical cancer has changed clinical practice and international guidelines for recommended work-up and treatment,” its said.

Professor Mileshkin also has a special interest in Cancer of Unknown Primary and runs Australia’s only specialist clinic dedicated to the care of people affected by CUP.

Specialist medical colleges are key partners in the Specialist Training Program (STP) as it seeks to extend vocational training for specialist registrars into settings beyond public teaching hospitals, such as private facilities and regional and rural hospitals, the Department of Health says.

In its 2022-2025 Operational Framework for the STP it says $709 million will be provided by the Commonwealth government over and above the funding from state and territory governments for specialist trainees. The STP seeks to fund additional specialist trainee posts and for specialist colleges to develop new training arrangements outside of traditional metropolitan teaching hospitals.

Colleges will play a key role “due to their role in setting professional standards, accrediting training settings and the coordination and support for education and training of future specialists and college fellows,” the Framework document says.

A team of researchers at the WEHI and Monash Institute of Pharmaceutical Sciences have been shortlisted for the prestigious Australian Museum Eureka Prize for Scientific Research for their work on previously ‘undruggable’ targets.

An interdisciplinary team comprising Associate Professor Tim Thomas, Professor Jonathan Baell and Professor Anne Voss have identified and investigated a complex family of enzymes  – the KAT6A and KAT6B proteins – that play an important role in driving cancer but have so far been resistant to drug development efforts.

The team has also discovered prototype molecules that inhibit histone acetyltransferase KAT6A  – such as WM-8014 – which represent a potential new class of anti-cancer drugs in preventing cancer progression while proving well tolerated.