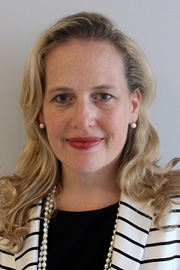 Not all brain metastases are similar in breast cancer patients – highlighting the need for a multidisciplinary approach involving surgeons, radiation and medical oncologists and others to create the optimal management approach.

Speaking online at the Australasian International Breast Congress 2022, Professor Rebecca Dent said the rate of brain metastases, particularly in HER2+ and triple negative breast cancer was up to 50%.

Recent guidance, in the form of an ASCO Guideline Update [link here] for specifically managing brain metastases in HER2+ breast cancer emphasised the different approaches depending on the number, size and site of brain lesions and the patient’s prognosis.

Professor Dent, from the National Cancer Center Singapore, said some recommendations remained controversial – for example, advice not to switch systemic therapy in patients receiving anti-HER2–based therapy whose systemic disease was not progressive at the time of brain metastasis diagnosis.

She said drugs such as tucatinib, a tyrosine kinase inhibitor highly selective for HER2, and the antibody-drug conjugate trastuzumab deruxtecan were changing practice.

As previously reported in the limbic [link here], the HER2CLIMB study found the addition of tucatinib to trastuzumab and capecitabine doubled the intracraninal objective response rate, reduced risk of intracranial progression or death by two thirds, and reduced risk of death by nearly half.

There was also some data in the very hard-to-treat subgroup of patients with leptomeningeal disease, showing overall survival with tucatinib was 10 months compared to historical survival of 3-6 months at best.

“I think we are seeing consistently that tucatinib does have activity in the CSF,” she said.

She said trastuzumab deruxtecan currently had less data, with many trials ongoing, but its activity appeared to be more profound and durable than tucatinib.

Data from the DESTINY-Breast 03 and the TUXEDO-1 studies were promising in both stable and active brain metastases.

“Now that we have agents that clearly have activity in the CNS, there is a big move to continue moving these agents up earlier in the course of the disease,” she said.

“Certainly if you have an isolated lesion you can resect and it’s gone, I am more comfortable with those patients continuing their therapy…it’s a very different scenario for patients with multiple lesions,” she said.

Professor Dent also said that in the era of MRI and novel anti-HER2 agents, the utility of screening for CNS metastases should be revisited.

The ASCO guidance said there was insufficient data to recommend for or against routine surveillance with brain MRI however clinicians should have a low threshold for performing diagnostic brain MRI in the setting of any neurologic symptoms.

“Historically we didn’t think screening for brain metastases was going to impact on overall survival. But now that we have systemic therapy, this concept of screening earlier really has renewed energy and focus,” Professor Dent said.

There was also a need for prophylactic strategies.

Professor Dent also called for the inclusion of more patients with CNS disease into clinical trials in order to improve outcomes.