Neratinib approved as adjuvant therapy in early HER2 breast cancer 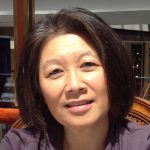 Neratinib (Nerylnx) has been approved by the TGA as extended adjuvant treatment to prevent relapse in women with HER2+ breast cancer.

The tyrosine kinase inhibitor is indicated for the extended adjuvant treatment of adult patients with early-stage HER2-overexpressed/amplified breast cancer, to follow adjuvant trastuzumab based therapy.

The sponsor, Specialised Therapeutics, says it is currently applying for a PBS subsidy for neratinib, which otherwise costs more than $200,000 for a course. The company said it would make the treatment  available to eligible women at no cost in Australia via the Nerlynx Access Program.

Neratinib is an irreversible tyrosine kinase inhibitor that blocks signal transduction through the epidermal growth factor receptors, HER1, HER2 and HER4. The recommended dose of is 240 mg (six x 40 mg tablets) taken orally once daily, continuously for one year.

The listing was welcomed by oncologist Professor Arlene Chan AM, from the Breast Cancer Research Centre Western Australia, who noted that women diagnosed with HER2+ breast cancer have a one-in-four chance of cancer recurrence even after surgery, chemotherapy and trastuzumab-based therapy.

“I would say that any proven treatment able to reduce the risk of cancer recurring has to be a win. Those women who are spared an invasive relapse will be eternally grateful that they have received this drug,” said Professor Chan, who was the global study chair of the pivotal international neratinib registration trial ExteNET.

A company statement said neratinib treatment could reduce the five-year risk of recurrence or death by 42% in women who are hormone-receptor positive (HR+) and who initiate neratinib therapy within 12 months of completing trastuzumab based therapy.

Diarrhoea was the commonest side effect of the neratinib, usually occurring in the first month or two, but this was potentially manageable with anti-diarrhoeal medications such as loperamide, according to Professor Chan.