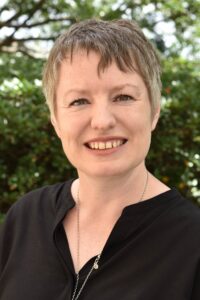 The very encouraging responses to neoadjuvant immunotherapy in trials across a range of cancers are unparalleled and promise a new standard of care in the future.

She said lab-based research over the past few years has revealed not only subsets of T cells which respond in the tumour microenvironment to immune checkpoint inhibition, but also a critical role for the priming of new T cells to be able to respond to the cancer in a feedback loop.

“So in terms of a recipe for success with ideal immunotherapy, I think we need not only the presence of the drug target obviously, but also some T cells within the tumour and the ability to prime some new T cells perhaps in the loco-regional lymph node bed.”

“Importantly in the neoadjuvant setting, the primary tumour is still in situ and so the range of tumour antigens that can be expressed to T cells is I think definitionally much broader than micrometastases which may or may not be present after the surgery has already been done.”

“And hopefully, also this would result in long-term immunological memory for that range of tumour-associated antigens.”

In an early NSCLC study, neoadjuvant nivolumab led to a major pathological response in 43% of tumours.

Dr Ahern said despite the emerging evidence, a paradigm shift in thinking was required to convince patients and sometimes clinicians to give neoadjuvant immunotherapy a go.

“Finally, I think the field is moving towards the rather heretical question about when is the right timing for surgery and could it be never in the setting of pathologic complete response?”

She said that question was being explored in trials such as PRADO in melanoma.

Towards standard of care

“The NADINA trial is the first to try and prove that neoadjuvant immunotherapy will reduce the risk of recurrence. We think it will actually cure more patients and save more lives than the surgery- first approach.”

“This will be the first trial that makes neoadjuvant immunotherapy standard care,” he said.

Associate Professor Menzies, from the Melanoma Institute Australia and the University of Sydney, is also a member of the International Neoadjuvant Melanoma Consortium.

He said the beauty of studying neoadjuvant immunotherapy in melanoma was that, unlike in other cancers, patients had not been exposed to other potentially confounding therapies.

The evidence to date showed that people who respond to neoadjuvant immunotherapy – even after only 6 weeks of treatment – with a complete response or even a partial response (up to 50% of the tumour remaining) were not having recurrences.

“Across the board, early response to treatment strongly correlates with prognosis. This is huge. These people don’t get adjuvant therapy. They probably won’t even need to come back to the clinic again after their operation. They can be told they have a great outlook; things are going well.”

“People like that and we, as doctors, like that as well. It really clarifies the future which is one of the biggest concerns for patients – that fear of recurrence and the unknown.”

He said for patients who haven’t responded, getting the prognosis early provided opportunities to try adjuvant therapy with perhaps a targeted therapy or chemotherapy.

Associate Professor Menzies added that not all the non-responders have disease recurrence.

“You get your endpoint after only six weeks of treatment…which we know correlates with survival…and make a go/no-go decision really early with a really homogenous population of patients.”

“Whereas with metastatic drug development, everyone has had 15 lines of treatment, did they progress or respond… and then you are trying to find a needle in a haystack.”