Moral injury is not ‘burnout’ and needs a different approach: oncologist 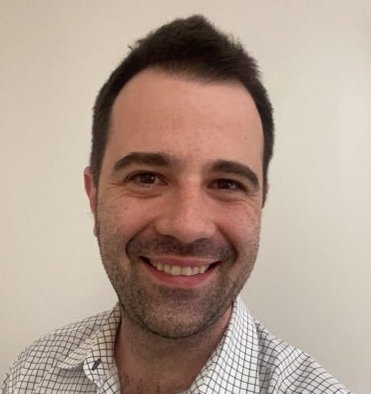 Moral injury, which has become part of the lexicon during the COVID-19 pandemic, is probably misclassified as burnout in some healthcare workers, an oncologist says.

Dr Florian Honeyball told the MOGA 2022 ASM that some of the methods of dealing with burnout, such as resilience development and stress management, may actually worsen the situation for people affected by moral injury.

He said the three components of moral injury, as conceptualised by US psychiatrist Dr Jonathon Shay in regards to veterans, were:

“How that translates into healthcare is that inability to treat our patients well to our personal gold standards.”

He gave the example of sending someone home from hospital due to time pressures and a lack of beds while knowing they possibly required more care.

Factors including patient load, lack of reimbursement for some drugs, temporal obligations such as EMR and governance issues, and a system-wide focus on efficiency and financial metrics, created the environment for moral injury to occur.

“There’s an increasingly litigious society so sometimes we feel like second guessing ourselves and maybe overinvestigating where we probably wouldn‘t have otherwise,” he added.

Dr Honeyball, a medical oncologist at the Dubbo Base Hospital in regional NSW, said the constellation of symptoms in moral injury included shame, guilt, irritability, anger, embarrassment, anxiety, and feelings of worthlessness.

And while symptoms such as fatigue and negativism could overlap with burnout symptoms, there was a slight difference.

“Burnout tends to impact one’s sense of engagement and efficacy whereas moral injury predominantly affects our sense of trust or self respect,” he said.

The sequelae of moral injury included disillusionment in leadership and organisations, discord in dealings with people who are meant to be in charge, and maladaptive behaviours which might be reflected in increased levels of sick leave.

“This is not something that is going to be fixed by taking a bit of time out. Really, you need to be addressing the underlying problem of the moral injury. Because moral injury usually results from a current problem….it requires a forward facing treatment.”

Dr Honeyball said that included accepting responsibility for choices and focussing on any ability to contribute to change.

“One of the greatest things we can do is discuss feelings of guilt and shame with peers and counsellors or religious leaders, and there is a lot of data to suggest that discussing episodes of moral injury can significantly reduce the hazard associated with that.”

He told the limbic that moral injury was epitomised by feelings of guilt and shame that come with not treating people appropriately or as you would like to if there were gold standard structures in place.

As well as overlapping with burnout, moral injury also intersected with workforce issues.

“We have too much coalface time and not enough time to implement the change we need to avoid moral injury. We are not appropriately staffing our workforce to be able to take these projects on.”

Read more on moral injury in medicine here and here.