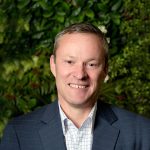 Oncology needs a new model of care for survivorship because it has become “a victim of its own success” as patients achieve long term cures with targeted therapies and immune therapy, the MOGA 2019 meeting in Canberra was told.

The current post-treatment model of care focuses on screening for disease recurrence and leaves patients feeling abandoned, anxious and struggling with the long term toxic effects of therapy, according to Professor Michael Jefford, Director of the Australian  Cancer Survivorship Centre.

What’s needed is a move from the current ‘ad hoc’ model of survivor care centred in medical oncology departments to a new model based on systems embedded in the community, said Professor Jefford, a medical oncologist  at the University of Melbourne.

“There are currently over 1 million cancer survivors in Australia – that’s one in 22 people – and it is estimated that in 2040 there will be 1.9 million survivors, the majority more than five years post diagnosis and the majority over the age of 70,” he said.

“The current model of care [for cancer survivors] is not only suboptimal but unsustainable.”

Professor Jefford said more than 50% of cancer survivors had unmet needs, dominated by emotional and psychological issues such as fear of cancer recurrence, but also a feeling of being ‘lost’ and uncertain after previously being intensively engaged with the healthcare system.

Other common issues included ongoing fatigue, trouble sleeping and concentrating, the late side effects of treatment such as infertility, co-morbidities and social issues such as returning to work.

The current medical-led model was good at picking up physical symptoms and surveillance for disease recurrence, but poor when it came to discussions about psychosocial issues and co-morbidities such as cardiovascular disease, said Professor Jefford.

It could be argued that managing these issues would not be the best use of time for a medical outpatient clinic and could be done better in the community, where currently GP and nurse-led services are underutilised, he said. A community-based model would also overcome one of the major barrier for cancer patients – the need to travel long distances for follow up appointments.

Professor Jefford highlighted the ideal models of cancer survivorship care now being implemented in the UK, which have embedded processes and performance indicators to ensure that all patients receive the key elements of a “Recovery Package”.

Follow up care needs to be flexible and tailored to the patients’ cancer, stage, risk profile and circumstances, but it is possible to achieve this with shared care or community-based care models, which would not only improve outcomes and quality of life for patients but also be cheaper and cost effective.

A document outlining an Australian model of cancer survivorship is now being developed by COSA, noted Professor Jefford.

“I hope in our next cancer plans we are going to see much more support for these models of care and more requirements that they are pursued,” he said.

“There are challenges because our current models are very much  embedded and will be hard to shift, so we will have to think about the levers of how we are going to shift to different, more effective and more sustainable models of care,” he concluded.