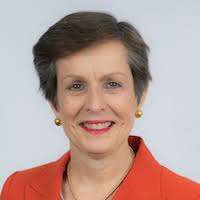 New approaches to cancer survivorship are needed because long-term survival beyond five years means many patients need assistance for ongoing problems such as fatigue, according to an Australian expert.

Professor Dorothy Keefe, CEO of Cancer Australia, told the ESMO Congress that many cancer survivors are spending years without assistance for burdensome side effects and post-cancer symptoms because attention is focused on treatment rather than survivorship quality of life.

She noted that one study presented at the meeting showed that four years after diagnosis, almost 40% of cancer survivors continued to report fatigue that they rated as a moderate or severe burden.

A similar number of patients reported being at least moderately burdened by loss of physical capacity and over one third suffered from trouble sleeping, sexual problems, joint pains and anxiety.

The German study investigated the long term burden of symptoms among 2,508 patients with 15 different types of cancer. The investigators said it appeared that guidelines on managing problems such as cancer-related fatigue were not being implemented, and about one in three individuals in the study evaluated the support they were offered for fatigue as poor.

“Despite increasing awareness of the effectiveness of mitigating measures like exercise to reduce fatigue, patients are still too often left alone to seek help for symptoms that cannot be directly addressed with medicines in the same way as something like pain, for which satisfaction with the support received was high in our study,” said study author Dr Martina Schmidt from the German Cancer Research Centre (DKFZ) in Heidelberg.

Commenting on the results, Professor Keefe observed: “This research shows that a staggeringly high number of patients still suffer from significant health issues years after being declared disease-free. Their dissatisfaction with the care available is a wake-up call that we should be paying more attention to these individuals, trying to understand the mechanisms at play in order to identify interventions that could help them to better recover.”

She added that research into survivorship was not keeping up with the increase in cancer survival rates with new therapies, and there was also a lack of prioritisation compared to the need to develop a cure.

“We now have millions of cancer survivors in Australia, hundreds of millions around the world – and an ever-increasing number who could potentially have long-term side-effects.”

Professor Keefe therefore advocated that all patients should be provided with a survivorship care plan when they reach the end of their treatment.

“Going forward, we need to develop these models of care in a way that minimises the burden on healthcare systems, implement them and research their impact so that we can come back in five years’ time and evaluate whether they have made a difference for cancer survivors,” she said

Dr Martina Schmidt suggested that cancer follow-up care should no longer focus only on the immediate side-effects of treatment and on the detection of metastases or recurrence of the cancer, but also incorporate more systematic screening for additional symptoms that can burden patients.

“The first step should be to make sure that patients themselves are better informed about these potential issues early on, so they know that conditions like [cancer related fatigue] are not only expected, but often manageable and that they should not wait for symptoms to disappear on their own,” she said.