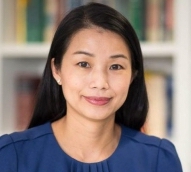 Evidence-based guidelines for the management of melanoma brain metastases have highlighted the importance of the multidisciplinary team discussion to determine the optimal combination and sequencing of treatments.

The brain metastases guidelines, published in the European Journal of Cancer and as part of the Clinical Practice Guidelines for the Diagnosis and Management of Melanoma, say symptomatic lesions are best treated with surgery.

“The great majority of them occur in locations where the risk of new or worsening neurological deficit following surgery is low,” the guidelines state.

They note there is Level II evidence that surgery is highly effective at relieving symptoms and improving functional outcome, and with high rates of local control rates (80-93%).

The guidelines also recommend that stereotactic radiosurgery as suitable for single or a small number of metastases up to a maximum diameter of 3 cm to maximise local control.

“For patients with multiple brain metastases, whole brain radiotherapy may provide some benefit but its role has not been directly compared with systemic therapy or supportive care alone in randomised trials.”

The guidelines found Level III evidence that combined therapy with BRAF and MEK III-2 induces an intracranial response of 58% in patients with asymptomatic untreated brain metastases whose melanoma has V600E BRAF mutation.

For other patients, anti-PD-1 monotherapy in drug treatment-naive patients induces an intracranial response in at least 20% of patients with active melanoma brain metastases

“Provided there are no contraindications to checkpoint inhibitor immunotherapy, the combination of ipilimumab and nivolumab has the highest rate of intracranial control and should be considered the first-line therapy of choice.”

“Since there are now many treatment options for this problem, it is strongly recommended that, whenever possible, patients with melanoma brain metastases be discussed by a multidisciplinary team with melanoma expertise including a neurosurgeon, radiation oncologist and medical oncologist to determine the optimal choice and sequencing of both local therapy (surgery or RT) and systemic therapy,” the guidelines concluded.

“However sometimes patients with melanoma are being discussed at “general surgical MDT” such as head and neck or general surgery without the expertise of a melanoma pathologist, melanoma medical oncologist, access to trials, etc.”

She said sequencing of therapy for brain metastases was an example of the importance of a melanoma MDT rather than a general brain mets MDT.

“How best to integrate local therapy – surgery and radiotherapy – with drugs with intracranial activity is an evolving topic,” she said.

“A general brain mets MDT would often recommend all brain mets be given radiotherapy upfront without consideration, due to lack of in depth knowledge and experience, of using drugs first to treat macroscopic as well as microscopic brain mets and extracranial disease.”