One of the country’s top paediatric oncologists has been recognised for his contribution to the specialty in the 2023 Australia Day Honours.

Associate Professor Peter Downie was made a Member of the Order of Australia (AM) for “for significant service to paediatric oncology, to teaching, and to research”. 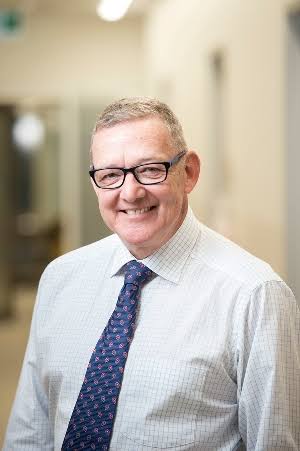 The long-running head of paediatric haematology-oncology at Monash Children’s Cancer Centre in Melbourne, he said he was particularly proud of the way the unit had transformed since he first joined up in 1994.

“Getting a proper team together is really important in paediatric cancer medicine,” he told the limbic.

“It needs to be multidisciplinary and we absolutely have that now. We also have a strong research bent here, which I think is also good.”

His own personal research began in leukemia biology, starting with a two-year stint at the University of Chicago and continuing on his return to Australia in the early 1990s.

He said that, unlike in adult oncology, there was “no divide between haematology and solid tumours” in paediatrics, so he and his team cared for patients with the broadest possible range of conditions.

“Actually, I also do non-malignant haematology, because that was my original training, although there aren’t many of us left who do all of that.”

A keen fundraiser, he said another key achievement was the creation of an initiative, which had raised money to train 18 oncologists over the past two decades, many of whom were now working overseas in senior roles.

He also had been a regular participant in the Murray to Moyne Cycle Relay, a 520km cycling event run over 24 hours to raise money for the Children’s Cancer Foundation.

“We call ourselves the Cyctotoxic Cyclists and I’ve done it 21 times, although COVID-19 provided an interruption and I’m not sure if I’ll manage it again.”

“It will involve taking turns and riding throughout the night which can be pretty wearing, but it’s also pretty fantastic. It’s a great feeling to do it and something different.”