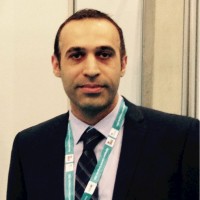 Some metastatic colorectal cancer patients could be missing out on optimised treatment as RAS testing remains underused in clinical practice, a medical oncologist says.

A review of the Treatment of Recurrent and Advanced Colorectal Cancer (TRACC) and Test Tailor Treat (TTT) registries showed that, while rat sarcoma virus (RAS) testing has increased over the past decade, around 30% of patients still aren’t being screened for mutations affecting epidermal growth factor receptor inhibitor (EGFRi) eligibility.

It means RAS wild-type patients who could benefit from EGFRis are potentially losing out on a valuable therapy, study author, Dr Azim Jalali told the limbic.

This may be particularly prominent in some smaller or regional hospitals, where RAS testing is relatively low, said Dr Jalali, medical oncologist and clinical research fellow at the Walter and Eliza Hall Institute of Medical Research, Melbourne.

“We have got RAS testing rates of over 90% in most metropolitan hospitals, while in some regional sites, the rate of testing is not that high,” he said.

Overall RAS testing rates have climbed in Australia since EGFRi cetuximab was PBS-listed for second- or third-line use in RAS wild-type patients with mCRC in 2010 and for first-line use in combination with chemotherapy in 2014, Dr Jalali’s study showed.

Mutation rates also seemed to grow from 38% in 2009/2010 to around 50% in 2015/2016 but remained relatively stable in the years since, with the “increased proportion of [RAS mutation] patients observed overtime likely largely driven by the uptake of extended RAS testing”, it read.

Based on the most recent RAS figures, half of Australian mCRC patients could see survival benefits on EGFRis.

Although patients with left-side primary tumours are more likely to be RAS wild-type and therefore, benefit from these drugs, Dr Jalali said it was important to test all patients; the earlier, the better.

“Our previous work using the TRACC registry has shown that there is a good proportion of patients with metastatic colorectal cancer that never get to the second-line treatment or beyond treatment — so either they progress or they fail to have second-line treatment. So, it’s very important to use treatment according to a patient’s molecular signature,” he said.

Reflex RAS testing could help ensure patients get the best-possible treatment first-go, however test standardisation, increased funding and, ideally, faster result times are needed before this becomes a reality.

Even with these barriers removed, some patients can’t wait the 10- to 14-days between test and result to start treatment, so “the shorter the [turn-around] time, the better”, he said.

Still, Dr Jalali stressed the importance of early RAS profiling for mCRC patients and hopes to see it become a “reflex test” to help optimise treatments as soon as possible for wild-type patients.

The study on Australian RAS testing rates is published in the Asia-Pacific Journal of Clinical Oncology.