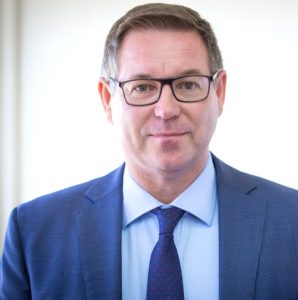 The push for a national lung cancer screening program has suffered a setback, with the Medical Services Advisory Committee (MSAC) declaring it cannot recommend the scheme without better evidence on costs.

In findings handed down on 1 July, MSAC said it accepted with a high level of confidence that the clinical evidence showed a screening program would lead to significant reduction in lung cancer mortality, based on an application by Cancer Australia showing that over 12,000 deaths would be prevented.

However, it officially deferred its advice to Minister for Health Mark Butler, warning it was not yet clear whether the program would offer value for money.

It pointed to modelling showing the scheme would add between $51,501 and $93,470 to the Federal health budget per quality-adjusted life-year (QALY) saved.

The modelling submitted by Cancer Australia was incomplete, meaning the total cost could potentially go beyond that if all “downstream implications” were considered, the committee added.

It follows a $6 million grant to the agency in last year’s Federal Budget to build the business case for a screening program and further research efforts into best-practice delivery.

The plan came before MSAC earlier this year because it would involve an MBS item for use of low dose computed tomography (LDCT) in asymptomatic high-risk Australians as program participants. Its rebate would be $302.10, equivalent to that for a CT chest scan.

Under the proposal, asymptomatic current and former smokers aged 55 years and older (50 for Indigenous patients) would first undergo a risk assessment by a GP, before being offer radiological screening.

Scans would then be conducted every two years until the patient turned 75.

Based on the application, MSAC said it considered the available evidence showed the proposed program would lead to a “reduction in the number of deaths caused by lung cancer, but not a reduction in the total number o deaths taking into account other causes of death”.

Nevertheless, it said it had questions about the economic model used, including whether the program could be adjusted to enhance its value for money.

Lung Foundation Australia said it was disappointed at the outcome, saying that while it was not an out-and-out rejection, any delay would result in missed opportunities for patients.

“The decision by MSAC to not approve a targeted lung cancer screening program due to future cost concerns is an insult to the 13,000 people diagnosed with lung cancer every year,” its CEO Mark Brooke said.

“Every day 25 people die from lung cancer and another 37 are diagnosed, often with late-stage disease.”

“Lives are on the line. Every day MSAC and the Australian Government holds up the implementation of this program has devastating consequences on people and their families.”

MSAC said it would “expeditiously” seek a more complete financial analysis, including whether lower costs were possible with adjustments to the screening population and scan intervals.

Meanwhile a new Australian study published this week estimates that cigarette smoking will cause over 250,000 cancer deaths  – including 157,000 lung cancer deaths – in Australia over the next two decades.

Modelling by researchers at the University of Sydney and Cancer Council NSW showed that despite the decreasing mortality rates projected for smoking-related illness, cancer deaths were estimated to increase by 29% for men and 36% for women up to the year 2044.

“Over the period 2020–2044, there will be 254, 583 cancer deaths directly attributable to smoking, with lung, larynx, oesophagus and oral cancers having the largest smoking-attributable fractions,” the authors said in the Journal of Epidemiology and Community Health.