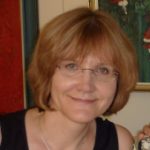 Professor Kohonen-Corish says that investigation of the role of lung microbiota and lung disease will be among several streams of research conducted into lung cancer  at the centre, which was launched in April 2018.

“One of the brightest hopes for better lung cancer treatments lies in research on the microbiome, naturally-occurring microorganisms found in the human body,”  says Professor Kohonen-Corish, who holds a joint appointment at the UNSW Sydney and the Woolcock Institute.

“We know that gut bacteria play an important role in cancer and the success of cancer therapies, but what we are just discovering now is that the microorganisms found naturally in the lung itself may be vital too.”

Through a collaboration with the Microbiome Research Centre at the University of NSW and St George Hospital in Sydney, researchers will be investigating how gut and lung bacteria affect cancer development and interfere with treatment.

“However, the genetic or epigenetic make-up of the tumour may also play a role. This is the challenge of the type of research we do, to determine which factors are the most important, in order to discover how the therapy can be improved,”

The state-of-the-art facility at the Woolcock includes a patient database and biobank to give researchers access to valuable cells, de-identified patient information and fresh experimental results in the areas of molecular biology and drug discovery.

The facility is a focus for the lung cancer network, an initiative which includes multiple research and clinical groups devoted to improve lung cancer outcomes.

“We are a hub for researchers, clinicians, respiratory physicians, oncologists, radiologists, thoracic surgeons, and advocates for lung cancer – basically all those driven to help fast track a cure for lung cancer,” says Professor Kohonen-Corish.

Respiratory physician Professor Matthew Peters, chair of the Lung Cancer Research Network says discoveries in the microbiome area could dramatically alter the approach to lung cancer and improve outcomes for Australians diagnosed with the disease.

“Lung cancer screening could be focussed on those who have a high-risk microbiome. Understanding the relationship between microbiome patterns and response to treatments will allow precision medicine and improve outcomes.”