The healthcare costs for cancer survivors can amount to tens of thousands of dollars a year, a new Australian study shows.

Patients with a history of cancer such as brain, liver and pancreatic cancers account for more than $27,000 annually in out-of-pocket costs and taxpayer expenditure for healthcare services, according to Queensland researchers.

And the care of myeloma patients costs the health system about $46,000 per year, or almost triple the mean incurred by cancer patients in Australia.

The figures are for patients in Queensland and include the price of all medical and allied health services, hospitalisations, emergency admissions and prescribed pharmaceuticals post diagnosis, both related and unrelated to cancer.

Using administrative databases linked with cancer registry records, the researchers studied the long-term health service costs of more than 230,000 people between 2013 and 2016 who had been diagnosed with a first primary malignancy from 1997 onwards.

But across all age groups, patients with haematological cancers tended to accrue the highest costs. Even beyond myeloma, leukaemia patients used $29,158 in health system resources annually and non-Hodgin lymphoma patients cost $24,394.

The lowest mean costs were recorded for patients diagnosed with melanoma ($9487) and thyroid cancer (AU$8808). Patients with diagnosed with only basal and squamous cell carcinomas of the skin were not included. 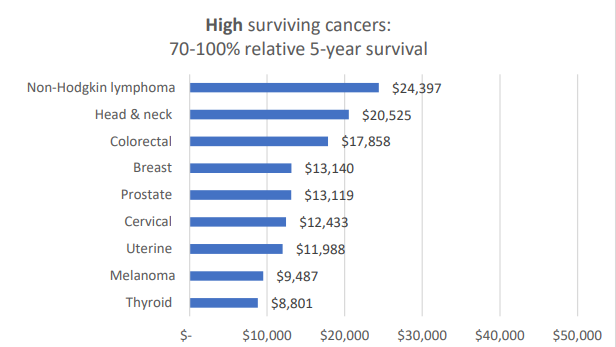 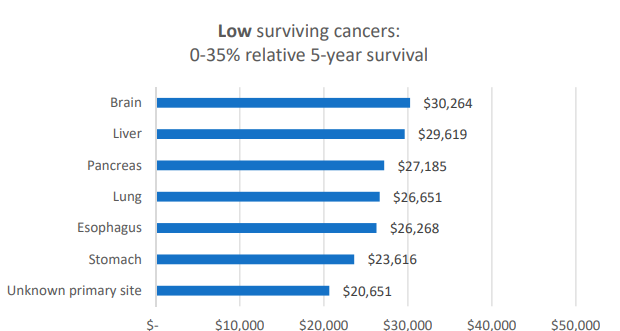 Writing in the International Journal of Environmental Research and Public Health (link here), the researchers noted costs were typically highest in the first year after diagnosis and then decreased over time.

Outside the haematological cancers, Medicare services were  generally higher than pharmaceutical costs and ranged from $2622 per person per year for thyroid cancer, to $7914 for myeloma.

Mean annual patient costs for emergency admissions were comparatively low for all cancer types with $1471, with a maximum of $2001 for patients with a history of lung cancer, the researchers said.