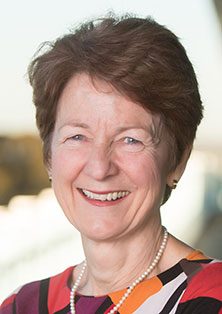 The signs of early lung disease are not being picked up in primary care, warns the nation’s respiratory health advocacy group which is calling for a national training program to upskill GPs.

Lung Foundation Australia has called on the federal government to fund online education for GPs to help them better identify patients who  are at high risk or have early signs of lung disease.

The foundation says that for many patients, lung cancer is only confirmed following emergency department presentation after symptoms of cough and breathlessness go ignored, the LFA says in its pre-budget submission to government.

“Cough is one of the most common presentations to general practice, yet there is currently no national training available focusing on cough and other symptoms of lung disease,” the submission says.

And with COPD patients, low uptake of spirometry and poor adherence to clinical guidelines – such as the recommendation to investigate cough that persists beyond three weeks – leads to delayed management and inappropriate prescribing, LFA says.

“Lung cancer can be silent so GPs can’t be blamed for not identifying it,” says Professor Jenkins, a thoracic physician at Concord Hospital in Sydney.

“But even patients who are smokers often don’t get offered chest Xray or CT scans. As well, people who have been smokers who have a persistent cough don’t think of themselves at risk, so may not present until late.”

Raising the MBS rebate for spirometry is important to increase uptake by GPs, says Professor Jenkins, but many practitioners also lack the confidence and competence to perform spirometry despite the availability of hand-held devices, she adds.

“It takes time and is not well reimbursed by Medicare, this is something we are hoping will change.”

Lung disease still does not receive the funding and support it deserves given it represents over 10% of the nation’s health burden, the foundation says.

“Most of these priorities …can be delivered for approximately $27.5 million over three years and they will help to significantly reduce hospitalisations and deaths related to lung disease. This is a small ask when you look at the number of men and women – young and old – who are losing their lives or their quality of life to lung disease,” says Lung Foundation of Australia CEO Heather Allen.