Evidence supports SABR as standard of care for inoperable NSCLC 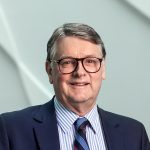 The randomised CHISEL trial conducted across 14 hospitals in Australia and New Zealand randomly assigned 101 patients with peripherally located stage 1 NSCLC who were either unfit for surgery or refused surgery to either conventional radiotherapy (n=35; 66 Gy in 33 fractions of 2 Gy or 50 Gy in 20 fractions of 2·5 Gy) or SABR (n=66; 54 Gy in three 18 Gy fractions or 48 Gy in four 12 Gy fractions).

The secondary endpoint of 2-year overall survival was achieved by 77% (95% CI 67–88) of the SABR group compared to  59% of the standard radiotherapy group.

Treatment was generally well tolerated in both treatment groups.

According to the study authors led by Professor David Ball from the Peter MacCallum Cancer Centre in Melbourne, the study is the first randomised trial to compare SABR with standard radiotherapy in patients who had pathologically proven non-small cell lung cancer at stage T1–T2aN0M0, determined by FDG-PET scanning.

“The improvement of both local control and overall survival with SABR shown in this prospective randomised trial provides, to our knowledge for the first time, evidence supporting stereotactic ablative radiotherapy as the standard of care for the treatment of inoperable peripherally located stage 1 (T1N0M0 and T2aN0M0) NSCLC,” they concluded.

In an accompanying editorial Faiez AlShafa and David Palma from the Division of Radiation Oncology, London Health Sciences Centre, Canada, described the trial as a “major step forward” and one that we could learn a number of lessons from – including that the benefits of new technologies can be proven in randomised controlled trials.

“As a speciality…we should recognise that although we ourselves might believe that our new technologies are beneficial, if we do not complete randomised controlled trials, other important stakeholders might not believe in these benefits.

Colleagues might not refer patients for the new treatment and payers might not fund it. The best way for us to advance our speciality is to complete more trials such as CHISEL,” they wrote.