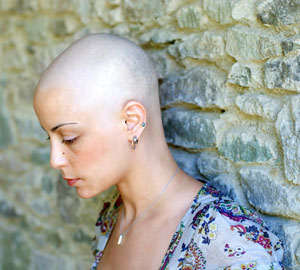 More than 32,000 cancer survivors aged 15 to 39 years at diagnosis were identified from the Danish Cancer Registry and compared to a cohort of 188,000 age and sex matched population controls.

About 6.5% of the cancer survivors had at least one hospital contact for endocrine disease during the follow-up period, which started 12 months after their cancer diagnosis.

Among the most common reasons for hospital contacts, combining both hospital admissions and outpatient appointments, were thyroid disease, testicular dysfunction and diabetes.

A younger age at cancer diagnosis was associated with an increased risk of later endocrine disease.

Endocrine disease was also more likely to appear during years one to four after a cancer diagnosis rather than at much later time points such as more than 10 years later.

The study said radiation therapy to sites such as the thyroid, total body irradiation before bone marrow transplantation and cytotoxic chemotherapy were all likely reasons for the high risk of endocrine diseases.

“Each future adolescent and young adult cancer patient should be offered the least deleterious treatment to ensure high quality of life after cancer while maintaining the good cure rates. Cure has become an insufficient goal,” the study said.

An Invited Commentary published in the JAMA Oncology said that the risks of late endocrine effects were likely to have been underestimated because the study limited endocrine disease to that requiring hospital contact.

“As conditions such as hypothyroidism and type 2 diabetes mellitus are commonly seen by primary care providers, many additional cases likely were diagnosed outside the hospital setting, and thus the reported prevalence of these late effects in this study is likely to be a significant underestimate of the actual risk.”

The commentary said endocrine-specific surveillance guidelines were already in development supporting other recommendations for surveillance of other late effects including cardiac dysfunction and second cancers in young cancer survivors.