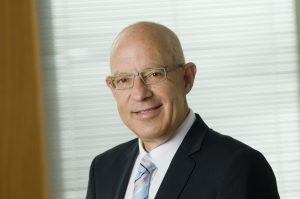 Oncologists are still in the dark about plans to improve PBS access to checkpoint inhibitors following a special PBAC meeting in August to consider the issues around listing of PD-1 and PD-L1 drugs for multiple cancer indications.

Support for the concept of multi-tumour listings has grown since last year’s landmark decision by the US FDA to list pembrolizumab on the basis of cancer biomarkers rather than the location of the cancer.

However the PBAC has noted the ‘tensions existing between the demands for adapting the reimbursement pathways for multiple tumour medicines, while balancing the uncertainties in the clinical and/or economic evidence base’.

In its deliberations, the PBAC considered 28 submissions from a range of stakeholders including patient groups, health professionals and the pharmaceutical industry.

Professor John Zalcberg, co-chair of the National Oncology Alliance, told the limbic he was a little disappointed with the publicly available information regarding the meeting outcome.

“I think it’s good that the PBAC was prepared to consider this issue, although of course it did it under ministerial instruction, but there doesn’t seem to have been any particular progress.”

“I’m cognizant of the fact that they may have come up with plans that are not in the public domain yet. However my personal view is that this is quite disappointing in a number of areas. What I hoped we’d see, and it may still be the case, is a number of options for a strategic approach regarding how to deal with these issues in the future.”

He said such a strategy might have included expedited mechanisms of approval for the checkpoint inhibitors including through registries or trials networks.

“And not necessarily a RCT where people don’t get the drug but let’s provide everybody with say microsatellite unstable colorectal cancer access to a new checkpoint inhibitor, and we collect data and in two years time we can sit down and work out the cost effectiveness and hopefully we will reach some agreement.”

“I would have thought that sort of strategy might have been feasible – where drugs can be tested and available to patients and provide greater information about the role of these drugs and their outcomes.”

“I appreciate that what may have happened, as it was a closed meeting, there may be very detailed plans being put to the minister but what we’ve read doesn’t allow us to conclude that that is the case.”

He added it wasn’t just the US, but other Western countries such as Belgium and France, also taking multiple indications for checkpoint inhibitors forward.

The Medical Oncology Group of Australia (MOGA) said in its submission that simultaneous consideration of checkpoint inhibitors for multiple cancer types had the potential to improve access to effective treatments, particularly for patients with rare cancers.

“However, this approach may expose some individuals to treatments that are ineffective and potentially harmful if there is a lack of evidence to support their use for certain indications.”

“Priority should be given to approval of checkpoint inhibitors in rare cancers and in indications where survival outcomes are particularly poor. Such approval should be based on an appropriate level of evidence of benefit.”

MOGA noted the degree of benefit from checkpoint inhibitors varied greatly between different tumour types, hence there was not a strong rationale to extrapolate evidence from one form of cancer to another.

While strongly supporting measures to expedite equitable access to new medicines, Cancer Council Australia said in its submission that ‘the assessment of PD-L1 checkpoint inhibitors for multiple indications within a single economic funding model would be challenging’.

“Complex risk sharing arrangements or other mechanisms under the Deeds of Agreement would need to be considered, as well as an expectation that the sponsor is committed to the ongoing investigation of the product’s effectiveness.”

The PBAC noted that its current assessment processes allow for flexibility in evidentiary requirements including for medicines used to treat less common and rare diseases with a high and unmet clinical need for new treatment options.

It said it had recommended checkpoint inhibitors for three rare cancers (Merkel cell carcinoma, squamous cell carcinoma of the head and neck and classical Hodgkin’s lymphoma) and would continue to review clinical evidence with appropriate consideration of unmet need.