Clinicians should ‘say no’ to e-cigarettes as a tool for smoking cessation: TSANZ 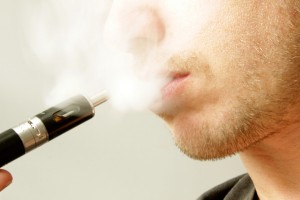 Clinicians should ‘hold the line’ on e-cigarettes as a tool for smoking cessation and instead continue to recommend existing pharmacotherapy and qualified behavioural support for patients wanting to quit.

The advice forms part of the Thoracic Society of Australia and New Zealand’s (TSANZ) draft position on the health impacts of the controversial products and their potential role in smoking cessation.

Speaking at the TSANZSRS 2019 meeting on the Gold Coast, Professor Christine McDonald said a working party had reviewed the evidence including the 2018 reports by the National Academies of Science, Engineering and Medicine (NASEM) and the CSIRO.

Professor McDonald, who co-chaired the TSANZ working party, said they found ‘no consistent compelling data leading us to modify the NASEM conclusions’.

“The evidence is that pharmacotherapy and counselling in people who are asking for assistance to quit is the best form of therapy that we have. But in people who have tried that or for whatever reason can’t go down that pathway, e-cigarettes may be helpful.”

She acknowledged there was gathering evidence – including from a UK trial reported earlier this year in the limbic – that e-cigarettes may be effective in smoking cessation.

The working party noted there was uncertainty over the potential harms from long- term use of e-cigarettes.

And there was sparse literature on the use of e-cigarettes in high-risk groups including young people.

She said given the safety concerns, e-cigarettes should not be used by non-smokers and children.

The TSANZ draft position recommends that e-cigarettes making any claims to be effective as smoking cessation tools should be regulated by the Therapeutic Good Administration (TGA).

As well, a regulatory framework around the contents of the e-liquid contents was appropriate.

The working party also recommended there was a need for further high-quality research.

Professor McDonald noted the draft position statement will be open for peer review through the TSANZ Special Interest Groups and external review. The next iteration of the document will be released mid-year.

Speaking in the same symposium, health behaviour researcher Professor Billie Bonevski said e-cigarettes should perhaps be trialled in sub-groups of smokers such as people with mental health issues or those receiving treatment for alcohol and other drug problems.

These groups were typically heavier smokers and heavily nicotine dependent, reported more withdrawal symptoms during attempts to quit, had lower self-efficacy and were less likely to receive smoking cessation advice from health professionals.

Professor Bonevski, from the University of Newcastle, said traditional tobacco control approaches have had little impact in these priority populations or any decline in smoking rates had been too slow.

E-cigarettes might be more helpful in addressing socio-behavioural issues or withdrawal symptoms in these smokers, she added, at least as an interim step towards abstinence.