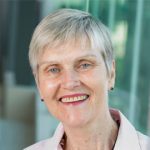 Cancer research leader Professor Adele Green has been elected as one of 24 new Fellows of the Australian Academy of Science in recognition of her international leadership in the epidemiology of melanoma and skin cancer.

A Senior Scientist and Head of Cancer and Population Studies at QIMR Berghofer Medical Research Institute, Brisbane, Professor  is acknowledged by the AAS for providing “an unparalleled body of evidence regarding the causes and preventability of cancers of the skin, the latter forming the basis of clinical and public health prevention strategies in the USA, Europe, Australia and of WHO recommendations.”

Professor Green’s research includes a five-year randomised controlled trial of regular sunscreen use in the 1990s, whose findings provided the scientific basis for clinical and public health advice globally about the role of sunscreen application in skin cancer prevention.

The Australian Academy of Science also commended Professor Green for her other significant contributions to science, including insights into risk factors for ovarian cancer and for some of the earliest studies of cancer in Indigenous Australians. She has also trained and mentored a generation of epidemiologists and clinician scientists.

“It’s a great privilege to join this fellowship of distinguished scientists and I am delighted that preventive medical research is being recognised in this way,” Professor Green said.

“My goal is to have prevention of major diseases like cancer considered as important as finding cures. Preventive medicine empowers people, and saves lives and money.

“The Academy also champions diversity and as a woman entering its ranks, I hope more and more young women will see science as a career that can be thrilling and fulfilling.”

The Australian Academy of Science says Fellows are elected by their Academy peers following a rigorous evaluation process, with a strong commitment to diversity.

“The number of women in this year’s elected Fellows (42%) reflects the Academy’s work to apply best practice in our nomination and election processes,” said president Professor John Shine.

“We encourage the STEM sector to continue to nurture diversity in all its forms, so that the STEM workforce reflects the composition of our society.”